UPDATE: Truck spilled macaroni and cheese all over I-24 in Murfreesboro area 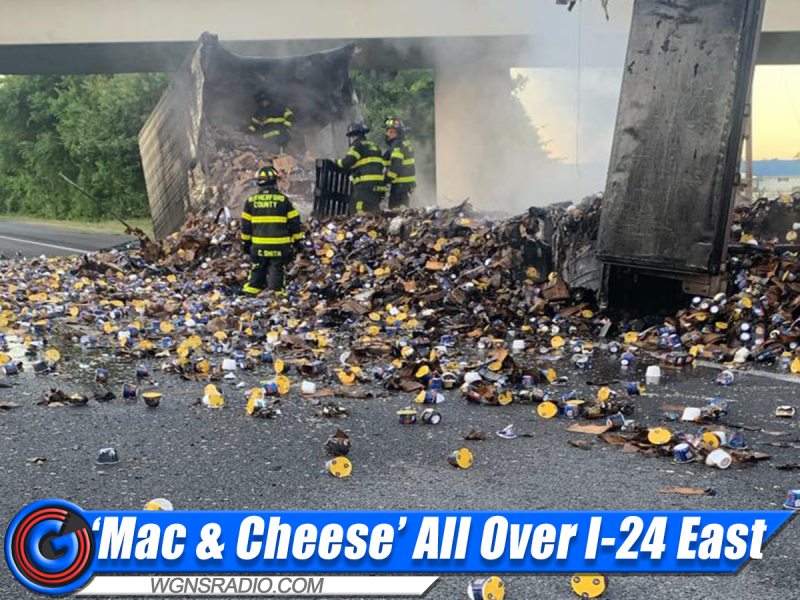 Macaroni and cheese were all over the interstate this past weekend - - it happened early Sunday morning (06/19/22) on Interstate 24 East in the Murfreesboro area… to be more precise, the incident occurred around 4:45 AM.

The call began with Rutherford County Fire & Rescue crews being summoned to the scene of an accident involving a tractor trailer truck at the 86-mile-marker, just past the interchange of Joe B. Jackson Parkway on Sunday morning. The initial call described a semi-truck that was engulfed in flames in the east bound lane of the interstate. The truck was evidently headed towards Chattanooga.

When fire crews arrived, they found a tractor trailer that was well involved in flames. The fire was extinguished and there were no injuries associated with the blaze. However, it took some time to clean up the aftermath of the fire that included a large amount of ‘mac & cheese’ that had to be removed from the roadway, some of which was overly charred. The clean-up caused for slow moving traffic throughout Sunday morning.

See more of the top news stories from WGNS Radio: 1.) Currently, Tennessee is the 7th least expensive market in the nation for GAS

4.) Where did names of different communities in Murfreesboro come from? 5.) UPDATE: Body of Deceased Rockvale Man Pulled From Lake