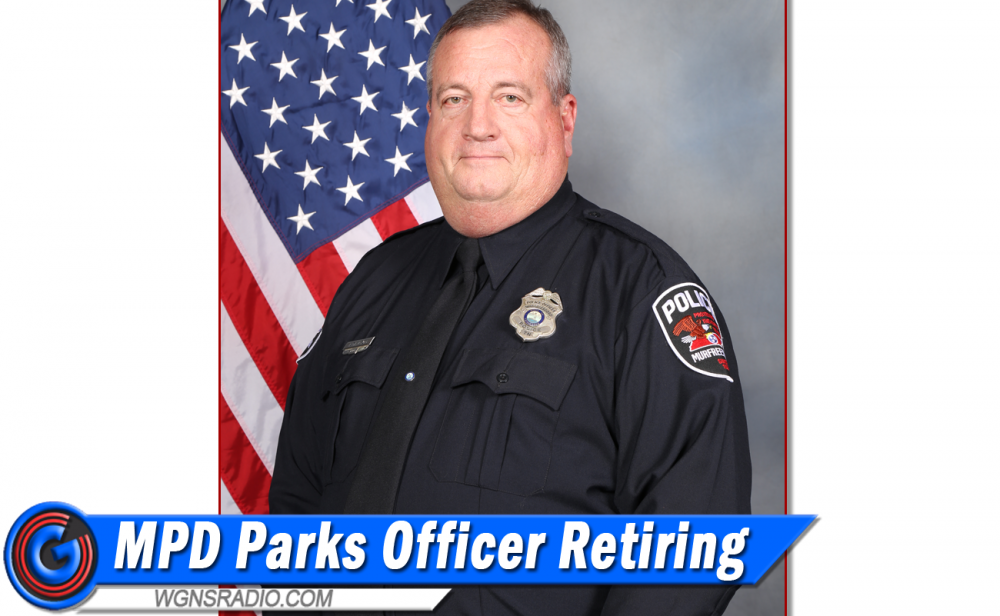 MURFREESBORO, Tenn. – Murfreesboro Police Department (MPD) Officer Danny Adamson is retiring after more than 17-years of dedicated service to the residents of the City of Murfreesboro.

Adamson began his employment with MPD in October 2005 as a police officer.  Since 2007, he has served as a Parks and Recreation officer.

“This has been the best job and the best people to work with,” Adamson said.  “I’ve enjoyed my law enforcement career, but now it’s time do something else.”

Adamson was honored at a retirement ceremony at the Lions Club Building at Cannonsburgh on Thursday, June 30.  His last day on the job is July 5.

“I will turn 62 this year, so, I decided to retire while I’m able to enjoy it,” Adamson said.  “I have several big projects to complete, like remodeling my home and working on the farm.”

“We appreciate Officer Adamson’s hard work and dedication to the police department,” said Deputy Chief Steve Jarrell.  “We wish him well in his future endeavors.”

Adamson has a total of 21 years of law enforcement experience.  He previously worked as a patrol sergeant with the DeKalb County Sheriff’s Department.