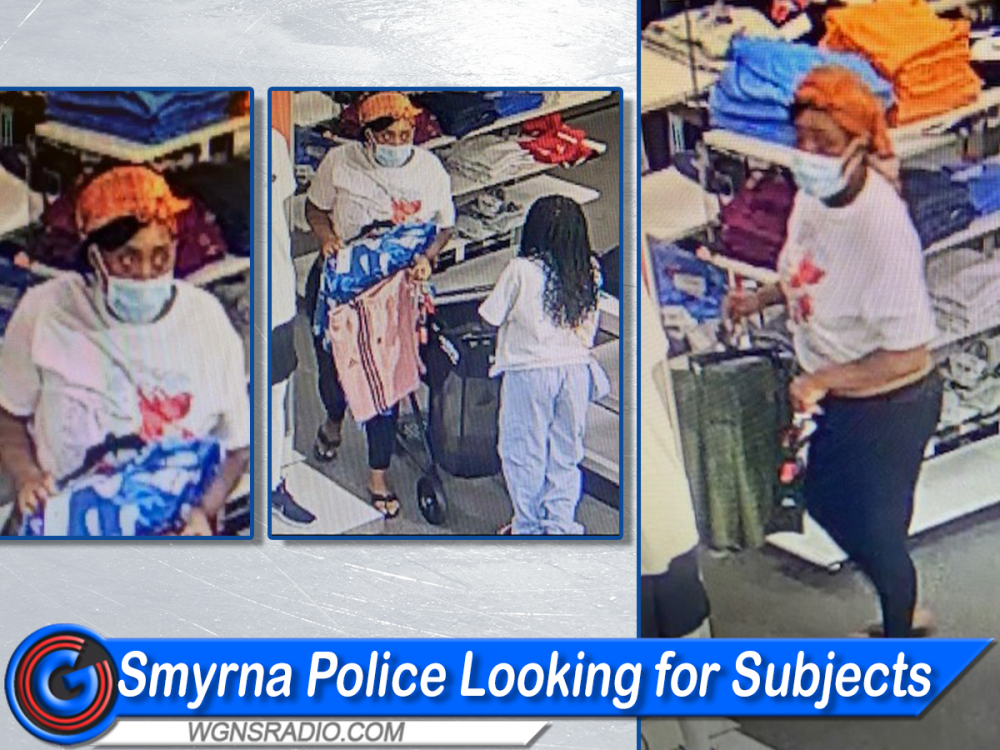 Smyrna Police are asking for the public's help in a large shoplifting case that remains under investigation.

Authorities report on June 14, 2022, the individuals pictured (above) entered Kohl's at 819 Industrial Boulevard in Smyrna. The duo were in the store between 1:30 P.M. and 2:00 P.M., just enough time to allegedly take approximately $2,000 worth of men's athletic wear, according to Smyrna P-D.

Detectives have released photos of the two in hopes of tracking the suspects down. If you recognize either of these individuals please contact Detective Steve Martin of the Smyrna, TN Police Department at 615-267-5432 or steve.martin@townofsmyrna.org.

More WGNS NEWS Headlines:
1.) Hotel / Motel Tax Collections Show Murfreesboro's Economy is Doing Well
2.) Murfreesboro is the 144th Geekiest City in the US
3.) 16-Year-old injured in Blackman Shooting
4.) Fireworks being fired, but currently not allowed
5.) Conference in Murfreesboro for those wanting to take larger stand against Abortion
6.) Mother and Daughter Graduate from MTSU
7.) Monday Shooting on I-840 in Murfreesboro