Despite Ordinances Against It, Fireworks Continue to be Fired in Murfreesboro a Full Week After July 4th 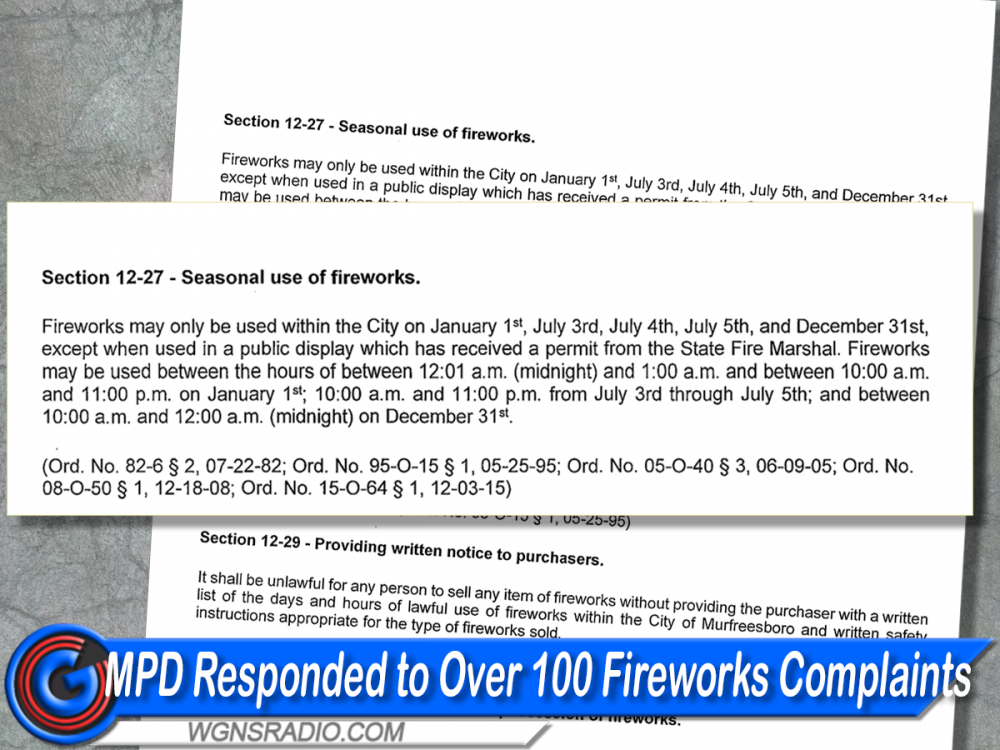 Ordinances do not allow for fireworks to be shot anytime other than July 3 - 5th and Dec. 31st and Jan. 1st.

WGNS has received several emails from listeners who live in the city limits of Murfreesboro asking why they continue to hear the sound of fireworks - a full week after the 4th of July has passed? While we can't answer the question as to why some people are still shooting fireworks, we can tell you that it's against Murfreesboro ordinances to shoot fireworks within the city limits right now. In fact, the ordinances surrounding fireworks in Murfreesboro only allow for them to be fired on July 3rd through the 5th and on New Year's Eve into New Year's Day.

Other News Headlines from WGNS RADIO:
1.) Serious Auto Accident in Murfreesboro
2.) Two injured in Monday shooting on I-840 in Rutherford County, TN
3.) TBI Charges Firefighter in Waverly, TN with Arson
4.) Housing Protest in nearby Nashville, TN
5.) The price of Gas this week in Rutherford County, TN
6.) Research: Tennessee Residents Earn the 10th Least Alternative Income
7.) The Taste of Rutherford event will feature lots of food and local beer