Murfreesboro is not THAT Geeky, but nearby Nashville and Atlanta apparently are - But, Where does the 'Boro Stand on Geekiness? 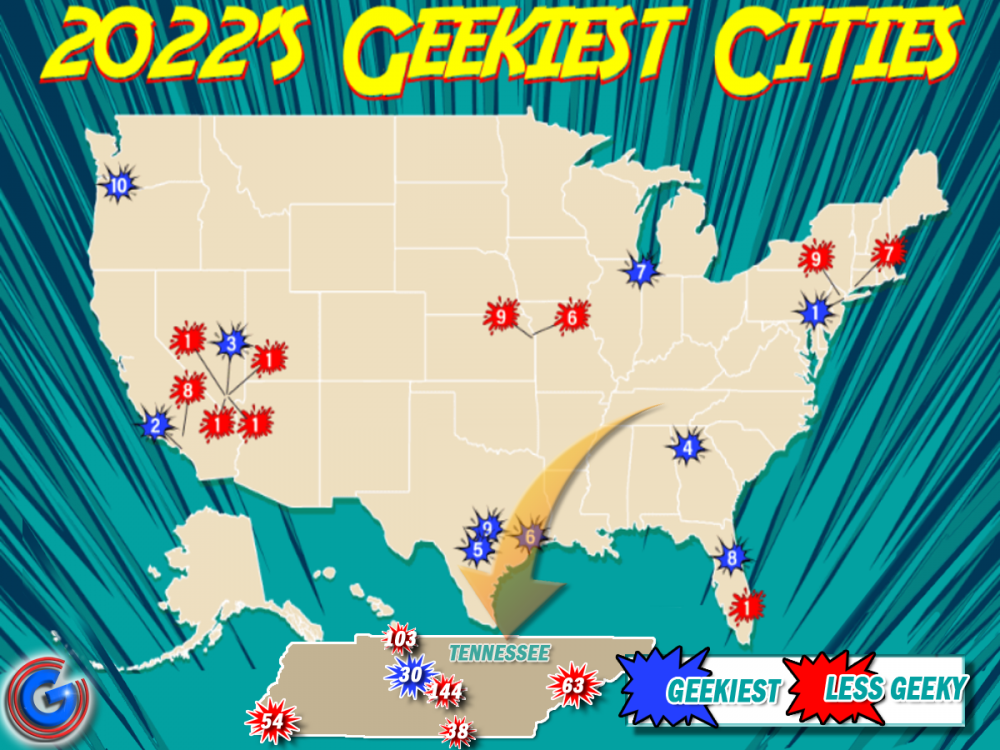 Most Geeky and Least Geeky cities in the US

Apparently, Murfreesboro is not that “Geeky,” according to the 2022 list of the Geekiest Cities in America. In the lists, 1 equaled the ranking of “The Geekiest City for 2022,” which Murfreesboro was not, and 196 equaled the least geeky city. Evidently, the ‘Boro is ranked at number 144 on the list and received an overall Geek Score of 2.5 (the lower the overall score, the least geeky that city is).

As for the prized award of being named the Geekiest City in America… New York, New York took home the gold, ranking in the number one spot for residents having THE MOST collectibles and THE MOST costumes. New York’s overall score was 81.64. However, New York didn’t have the geekiest events because they ranked at number 3 in that category. Atlanta, Georgia came in at number 1 for having THE Geekiest events in America, followed by Orlando, Florida at number 2. By the way, Atlanta had an overall Geek Score of 38.9.

While New York, New York won overall, Los Angeles, California fell closely behind at number 2 on the list of Geekiest Cities in the United States. LA had an overall score of 56.39. In Geeky Community Events, Los Angels came in at number 4 on the list.

The third overall Geekiest City in America was Las Vegas, Nevada. Vegas had an overall score of 43.7.

The least Geeky City in the USA was Miramar, Florida, ranking at the bottom of all cities with an overall number of 196 – out of the list of 196 cities. Their overall score… 0 (zero).

Source: The Geeky City List was put together by LawnLove.com.

Other News Headlines from WGNS RADIO:
1.) Fireworks Continue to be Fired in Murfreesboro, Despite the Ordinances that Don't Allow It
2.) 16-Year-old Injured in Blackman area Shooting on Monday Afternoon
3.) Two injured in Monday shooting on I-840 in Rutherford County, TN
4.) TBI Charges Firefighter in Waverly, TN with Arson
5.) Housing Protest in nearby Nashville, TN
6.) The price of Gas this week in Rutherford County, TN
7.) The Taste of Rutherford event will feature lots of food and local beer