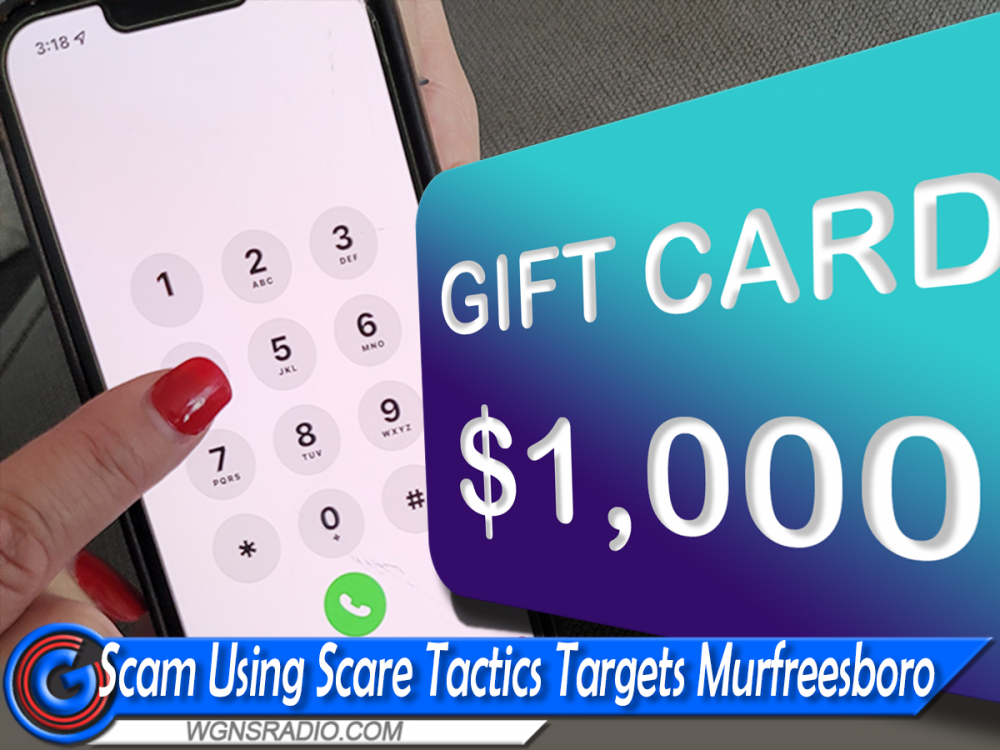 MURFREESBORO, Tenn. – WGNS has more details on an extortion effort that is focusing on scare tactics, while highlighting the Cartel. Murfreesboro Police Public Information Officer Larry Flowers told WGNS NEWS that at least four residents have already filed reports...The subjects on the other end of the line demand payments from the potential victim by way of gift cards and other non-traceable means. One victim paid the unknown caller $1,000, after hearing...

Flowers said the caller or callers go as far as sending photos to people... The unknown culprits behind the scam were targeting the Spanish speaking community, but have since expanded their reach to everyone. If you do receive a call from someone asking for / or demanding money...

For anyone who may have received a call, similar to what was described by Murfreesboro Police, but haven't filed a report, detectives would like to hear from you. Contact the MPD Criminal Investigations Fraud Division at 615-893-2717.

More WGNS NEWS Headlines:
1.) Hotel / Motel Tax Collections Show Murfreesboro's Economy is Doing Well
2.) Murfreesboro is the 144th Geekiest City in the US
3.) 16-Year-old injured in Blackman Shooting
4.) Fireworks being fired, but currently not allowed
5.) Conference in Murfreesboro for those wanting to take larger stand against Abortion
6.) Mother and Daughter Graduate from MTSU
7.) Monday Shooting on I-840 in Murfreesboro