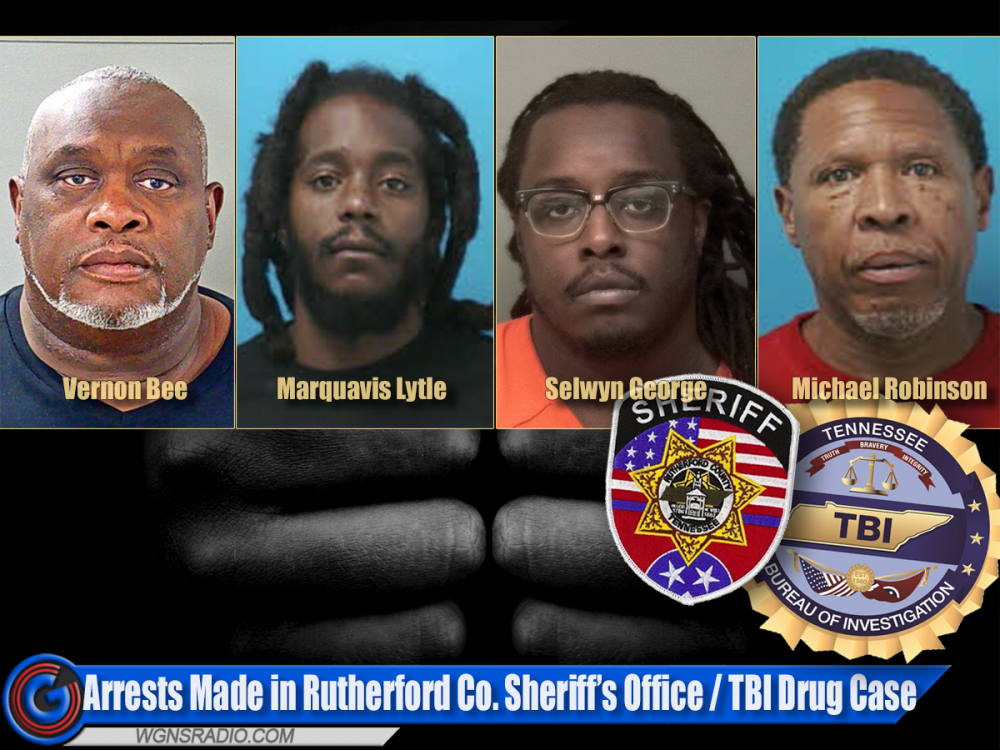 NOTE: Scroll down for photo of Michael Dewayne Short, Jr.

UPDATED: RUTHERFORD COUNTY – An ongoing drug investigation by special agents with the Drug Investigation Division of the Tennessee Bureau of Investigation and the Rutherford County Sheriff’s Office, with the assistance of multiple additional law enforcement partner agencies, has resulted in the arrest of five people on various charges.

On July 12th, eight search warrants were executed across Middle Tennessee. As a result of the search warrants, investigators seized more than 1800 grams of cocaine, 1400 grams of heroin/fentanyl, eight firearms, and more than $148,000 in cash. During the search warrant execution, one individual, 32-year-old Michael Dewayne Short, Jr. allegedly fired at officers at the apartment doorway (Scroll down for more on Short's arrest). No officers or suspects were injured as the result of the shooting. Short was taken into custody by the Metro Nashville Police Department and charged. The search warrant executions were conducted with the assistance of partner agencies including the Tennessee Highway Patrol Special Operations, Office of the 16th Judicial District Attorney General, Homeland Security Investigations, Clarksville Police Department, Metro Nashville Police Department, Williamson County Sheriff’s Office, Drug Enforcement Administration, Federal Bureau of Investigation, and the US Marshals Fugitive Task Force.

Four other individuals were arrested and booked into area jails:

DETAILS ON MICHAEL DEWAYNE SHORT, JR. ARREST: 32-Year-old Michael Dewayne Short, Jr. (Photo Above) of Old Hickory, TN was arrested Tuesday on five counts of attempted murder after he allegedly fired at Tennessee Highway Patrol Special Operations troopers during the execution of a narcotics search warrant at an apartment complex on Apache Trail on Tuesday morning.

The search warrant was issued in conjunction with an ongoing Tennessee Bureau of Investigation drug investigation. Tennessee Highway Patrol troopers knocked on the apartment door and announced themselves. After they did not receive an answer, the five troopers breached the door.

The troopers heard gunshots coming from the kitchen area and retreated out of the apartment. Short was called out of the unit and was taken into custody shortly afterward.

No troopers returned fire during the incident.

SOURCE: TBI, Metro Nashville PD
DISCLAIMER: All suspects are presumed innocent until proven guilty in a court of law. The arrest records or information about an arrest that are published or reported on NewsRadio WGNS and www.WGNSradio.com are not an indication of guilt or evidence that an actual crime has been committed.