Free Ride to the Polls for Local Senior Citizens on Election Day, August 4, 2022 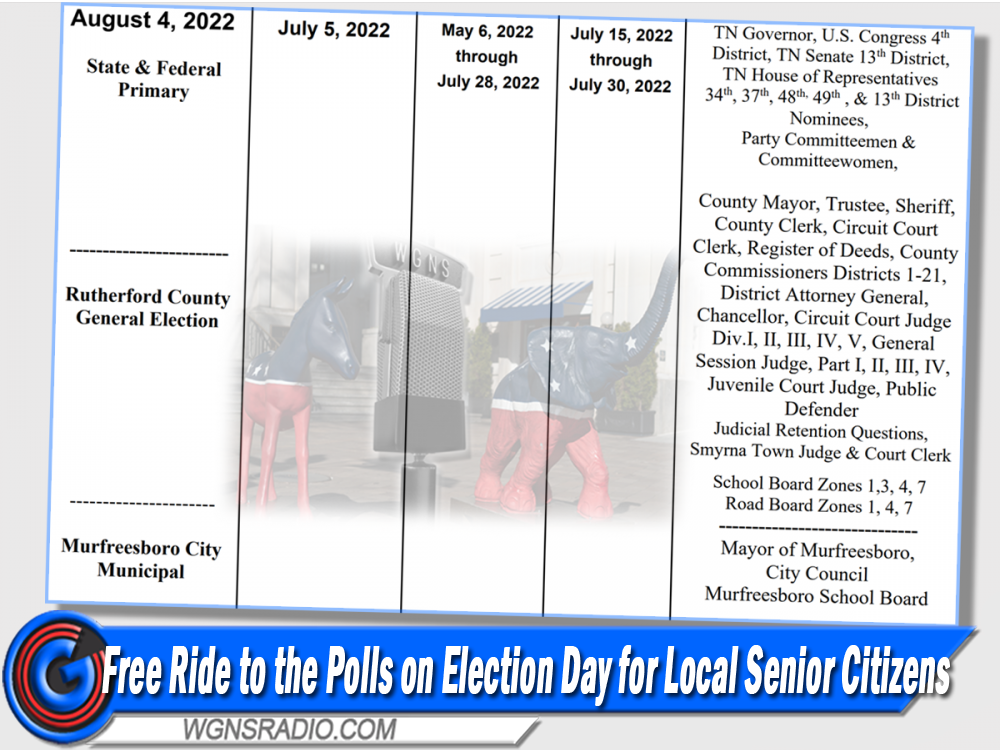 Election Day is nearing and there are a handful of elderly residents in our community that lack transportation to and from the polls. Rev. Dwight Ogleton, who has long called Murfreesboro home, says that he is preparing for a long day on August 4th, Election Day.

WGNS asked Ogleton, a past president of the local NAACP Chapter, what inspired him to start offering senior citizens a ride to the polls…Seniors who need a ride to the polls on Election Day can call Rev. Ogleton on Wednesday, August 3rd to schedule a ride, or they can call Ogleton on Thursday, August 4th, which is Election Day. Ogleton’s number is 615-487-9670. The polls will be open from 7AM until 7PM on August 4th.

TIMES: Polls will be open 7am till 7pm