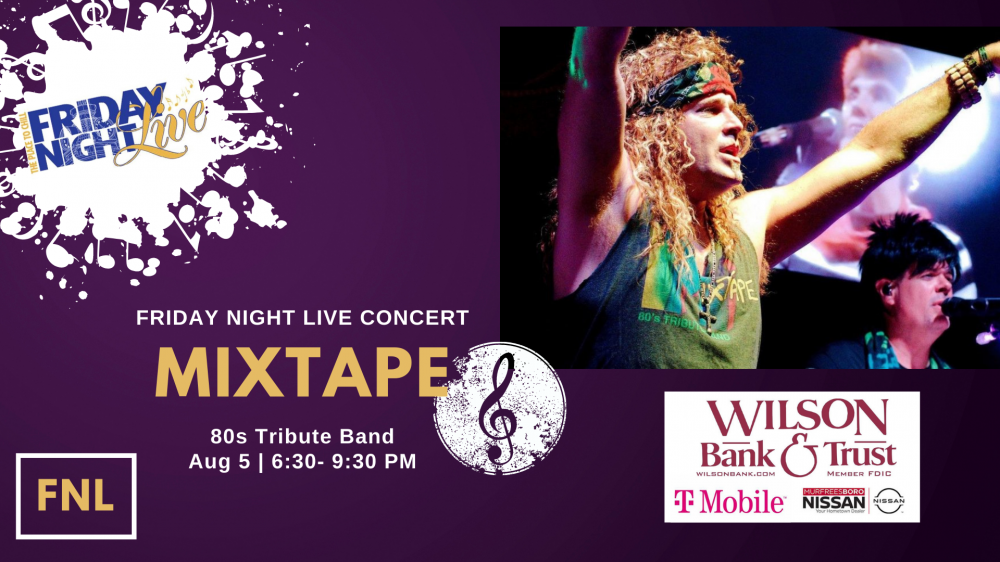 Food trucks and restaurants will be open for business on the 5th, as the FREE summer concert series continues.

In September, the band 24/7 will close out the Friday Night Live summer concert series. The group will play on the third Saturday of September (September 16, 2022). 24/7 covers everything from 24K Magic, by Bruno Mars, to Brown Eyed Girl, by Van Morrison.

The Free Main Street concert Series on the local square is presented by Wilson Bank and Trust.