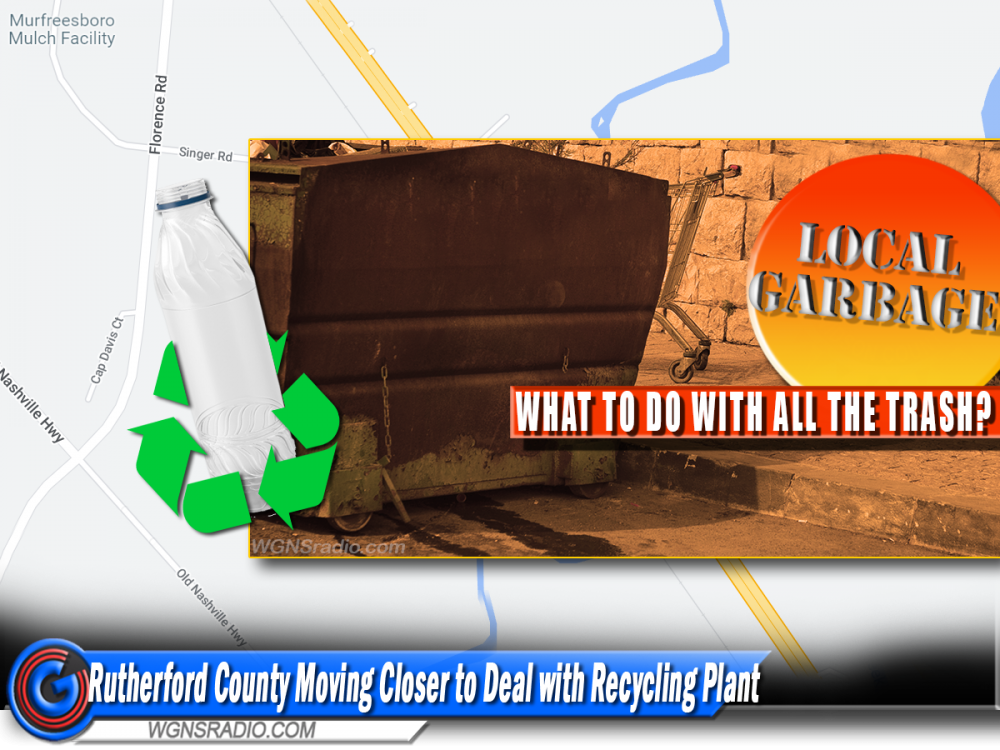 WGNS has more details on solutions to the growing waste generated in Rutherford County, which has been an ongoing battle as the lifespan of the Middle Point Landfill grows shorter. A company based in Conyers, Georgia is putting together a proposed contract that would form a Public / Private Partnership, known as a “P3” with Rutherford County. If that contract is given the green light by county commissioners, it would send plastic and cardboard to a recycling plant, instead of the Middle Point Landfill. County Mayor Bill Ketron told WGNS…

If a contract is approved, Pratt Recycling would build a multi-million dollar recycling plant in the area of Florence Road…

In the City of Murfreesboro, Mayor Shane McFarland stated…

Despite potential hiccups in the plan that is under negotiation between the county and Pratt Recycling, County Mayor Bill Ketron says that Pratt is interested in working with the county schools… Ketron suggested the company is also interested in forming a curbside recycling service in local cities within Rutherford County...But the Mayor of Murfreesboro has voiced concern of a recycling program that could possibly lead to Middle Point Landfill taking in more trash from neighboring areas…That was Murfreesboro Mayor Shane McFarland.

In the county, Mayor Ketron says that he hopes to finalize a deal at the upcoming county commission meeting in August. Once a deal is inked, Pratt Recycling would begin building a $9-million recycling facility, possibly before the end of the year.  Meanwhile, Murfreesboro Mayor Shane McFarland elaborated on one of his concerns with Pratt Recycling…At this point, nothing has been etched in stone and the county has not yet signed an agreement. WGNS will keep you informed.