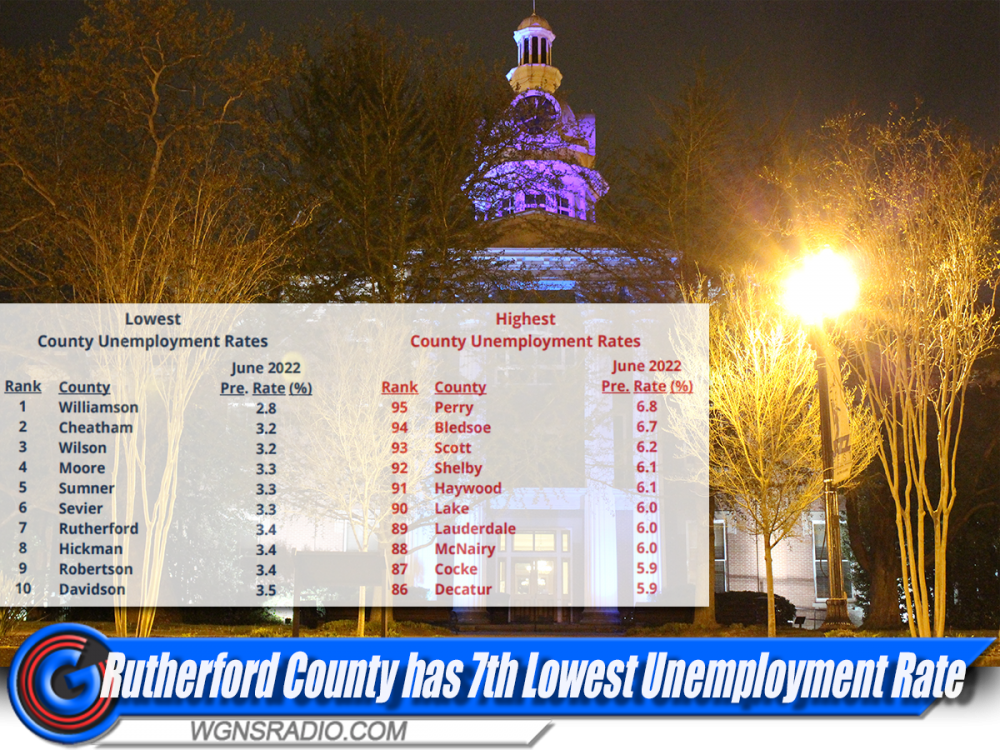 (RUTHERFORD COUNTY, TENN.) School employees on their yearly summer break were one of the factors that impacted the June 2022 county unemployment rates, according to the Department of Labor and Workforce Development (TDLWD). The latest statistics showed, as they typically do in June, jobless numbers increased in each of the state’s 95 counties.

Rutherford County was ranked at number 7 on the top ten list of counties with the lowest unemployment numbers in Tennessee. Rutherford was tied with Hickman and Robertson Counties with a 3.4%-jobless rate.

In Rutherford County, Smyrna continues to have the lowest unemployment figures at 3.2%, followed by LaVergne at 3.3%. Murfreesboro had a jobless rate of 3.5%.

Statewide, unemployment remained unchanged between May and June at 3.3%. The state rate is seasonally adjusted to consider seasonal impacts, like school breaks, while county unemployment data is not adjusted.

1.) Rutherford County Hotel Stays are UP