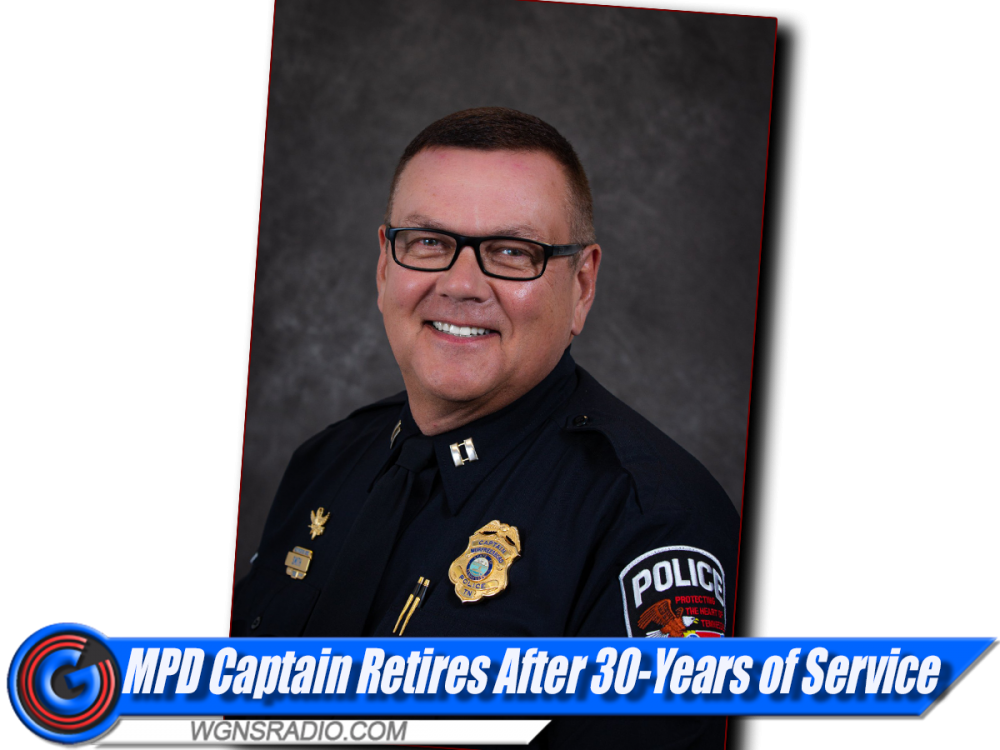 MPD Captain Alan Smith
MURFREESBORO, Tenn. – Murfreesboro Police Department Captain Alan Smith announces his retirement after more than 30-years of dedicated service to the department.
ADVERTISEMENT
Smith began his career with MPD in August 1992. He rose through the ranks serving as officer, sergeant, lieutenant before being promoted to captain over the Patrol Division; a position he held until his retirement. Smith is a graduate of the Tennessee Law Enforcement Training Academy, Northwestern University School of Police Staff and Command, FBI LEEDA Trilogy Leadership Course.

“I chose to retire to get some rest and relaxation,” Smith said. “I took a two-week vacation and like it, so I felt now was the time.”
Smith was honored during a private retirement luncheon Friday, July 29. “I will miss the people I work with most,” said Smith. “They are like family.”
“We are grateful for Captain Smith’s three decades of service with our agency and community,” said Police Chief Michael Bowen. “We wish him well in his retirement.”

2.) Rutherford County Hotel Stays are UP