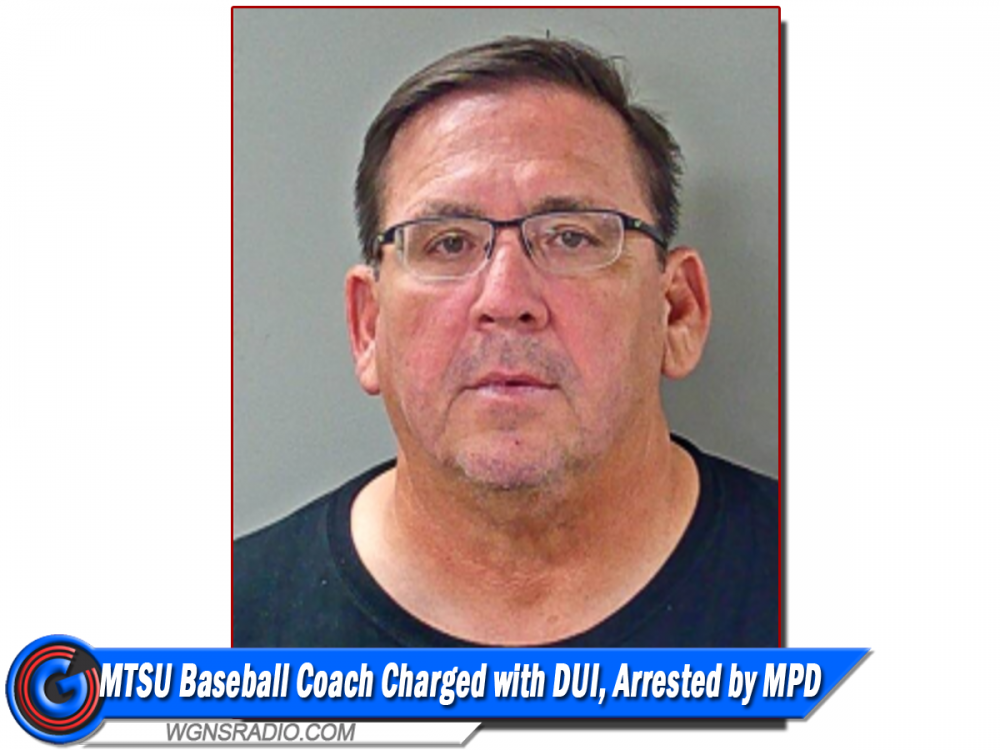 MTSU Baseball Coach James Michael Toman of Murfreesboro was arrested on a DUI charge. The local coach was charged this past Saturday morning when he was booked into the Rutherford County Adult Detention Center around 1-AM. Toman was arrested by Officer Wilkens with the Murfreesboro Police Department.

According to the Rutherford County Sheriff’s Office, Toman was released on bond at 4AM on Saturday. He is scheduled to appear in General Sessions Court in the near future.

The baseball coach was hired by MTSU in 2018.

3.) Middle Tennessee Woman Missing for Over One Month

7.) Local Non-Profit to Welcome Ryan Campbell as Guest Speaker – He went on a World Expedition and Survived Plane Crash

8.) Young student receives special police escort to school, upon her first day to class after the death of her father, a LaVergne Police Detective