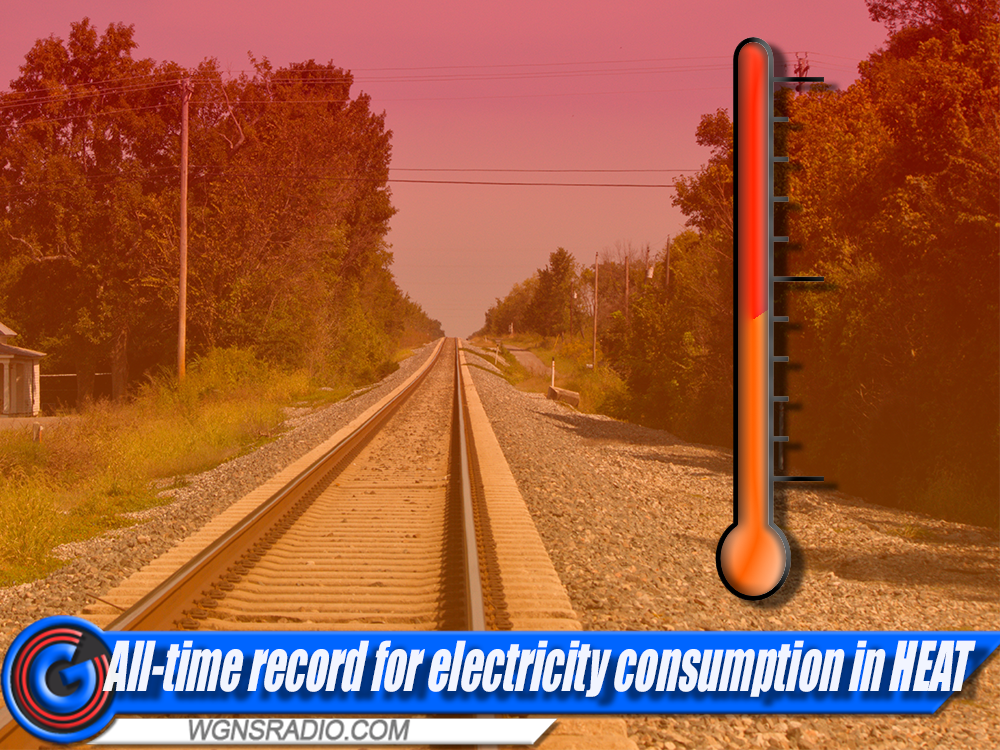 “We’re setting records across the spectrum this summer, and not the kind we want to see,” said MTE President/CEO Chris Jones. “Record consumption translates to record high bills for our members.”

ADVERTISEMENT
Jones said consumption for this July was up more than 50 million kilowatt-hours above July of 2021.

“That’s the most electricity we’ve ever provided to our membership for a month,” he said. “Air conditioning to combat the heat was far and away the biggest factor in setting that record.”

“TVA generates all the power we buy, and a lot of their generation is from natural gas,” he said. “Those prices are up more than 100 percent, and they are passed along to all of us through TVA’s Fuel Cost Adjustment (FCA), and yes, the FCA is at a record level right now.”

Even though temperatures have been and are expected to be more moderate in August, the higher-than-normal bills from July’s usage are hitting members’ mailboxes throughout August, Jones said. In response, MTE is taking unprecedented action to help its members through unprecedented times.

“We want to do what we can to help, which is why we are suspending disconnections for non-payment and eliminating all late fees from Aug. 1 until after Labor Day.”

Additionally, Jones said MTE will give members the flexibility to spread out payments. Installment plans enable members to pay a portion of their high bill balance and distribute the remaining balance out over up to a six-month period. The member will receive their regular monthly statement with the installment amount added.

“If there is one thing I would most strongly recommend to members this month, it would be to move to Levelized Billing,” Jones said. “We make this option available to residential members, so just reach out, and we’ll set you up. If you get a high bill in August, you might be surprised how much lower your bill would be on Levelized Billing, and we can do that for you right away.”

Levelized Billing gives members the option to pay nearly the same amount on their bill each month, which removes extreme fluctuations caused by unpredictable weather or energy use. Similarly, Fixed Budget Billing takes those unexpected costs out of the equation and lets members pay a set amount each month, regardless of energy consumption. The cooperative also lets members select a bill due date that works best with their budget. Learn more about these options and others at mte.com/billing.

“MTE is here to answer any questions about your bill, how to save energy or making your home energy efficient,” Jones said. “Never hesitate to pick up the phone and call us or send us a message. As a not-for-profit cooperative, we’re here to be your energy experts and advisors. Our purpose is to make life better for our members.”

Members are encouraged to visit mte.com/EnergyTips for energy-saving tips and utilize the free myMTE app to monitor hourly and daily energy usage.

More about TVA and the FCA - TVA generates the electricity used by nearly 10 million consumers across the seven-state Tennessee Valley. TVA sells its power to 153 local power companies (like MTE) that in turn distribute the power to the homes and businesses of the Valley.

As the fuel costs vary from month to month, TVA uses the FCA to pass along increases and decreases in fuel costs to customers. The FCA calculation works by capturing the difference between the amount that TVA forecasts to pay for fuel during a given month and the amount collected through rates.

TVA began using the FCA in October 2006 after a spike in fuel costs caused by Hurricanes Katrina and Rita the previous year. The FCA ensures TVA recovers costs as they occur, helping TVA better match its revenues to expenses as a not-for-profit energy producer.

Like every other power company in the Tennessee Valley, MTE has no control over the fuel cost adjustment, and it is a penny-for-penny pass through – every penny collected for the FCA goes directly to TVA.

3.) Fuel Prices Continue to Go Down in Rutherford County and Beyond