UPDATE: Jury Trial Scheduled for 2-Suspects in the 2020 Murder of a 45-Year-Old Murfreesboro Resident, U.S. Veteran 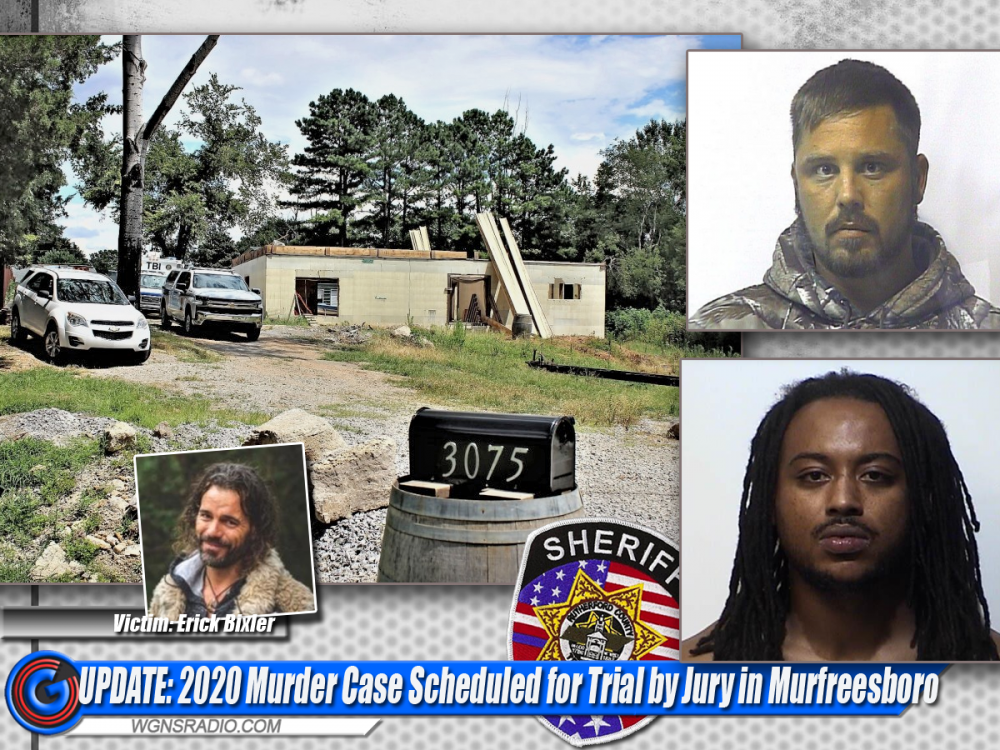 Above Right (Top to Bottom) Christopher Robinson and Chris White

(MURFREESBORO)  WGNS has an update on a July 26, 2020 murder that occurred at a home on Asbury Lane in Murfreesboro. The case involves the death of 45-year-old Erick Bixler, a U.S. Veteran,  who was allegedly killed by 32-year-old Chris White and 39-year-old Christopher Robinson, both of Kentucky.

In addition to first degree murder charges, White and Robinson were also charged with especially aggravated robbery, aggravated burglary, use of a firearm during the commission of a dangerous felony and possession of a firearm by a convicted felon.

As of Friday, August 19, 2022, both 32-year-old Chris White and 39-year-old Christopher Robinson of Kentucky remain behind bars at the Rutherford County Adult Detention Center in Murfreesboro.

MORE DETAILS: Rutherford County Sheriff’s detectives investigated the death of Erick Bixler who was found deceased on July 26, 2020. Bixler was found dead at his home on Asbury Lane.

Sheriff's Criminal Investigations Division Lt. Todd Sparks said, "The 45-year-old man was the apparent victim of a murder." Lt. Sparks previously reported their investigation indicated Bixler was targeted, The Detective stated, “We don’t feel like this was a random situation.” Elaborating on Sparks statement, Criminal Investigations Division Captain Britt Reed said in 2020, “We don’t feel like this act has any connection with anyone in the neighborhood.”

1.) Barfield Elementary Custodians say success is about being kind to others

2.) MTSU Again Ranks at the Top of the List among U.S. Colleges

3.) Potential Sign-on Bonus for Some Nurses are up-to $20,000 at Murfreesboro VA Campus

4.) LaVergne Old Timers Festival will be held This September

5.) Did you know? 4-Proposed amendments to the TN Constitution will be on Nov. 8 Ballot

6.) Apartment Rent is HIGH in Murfreesboro and Surrounding Areas, but not as high as Nashville