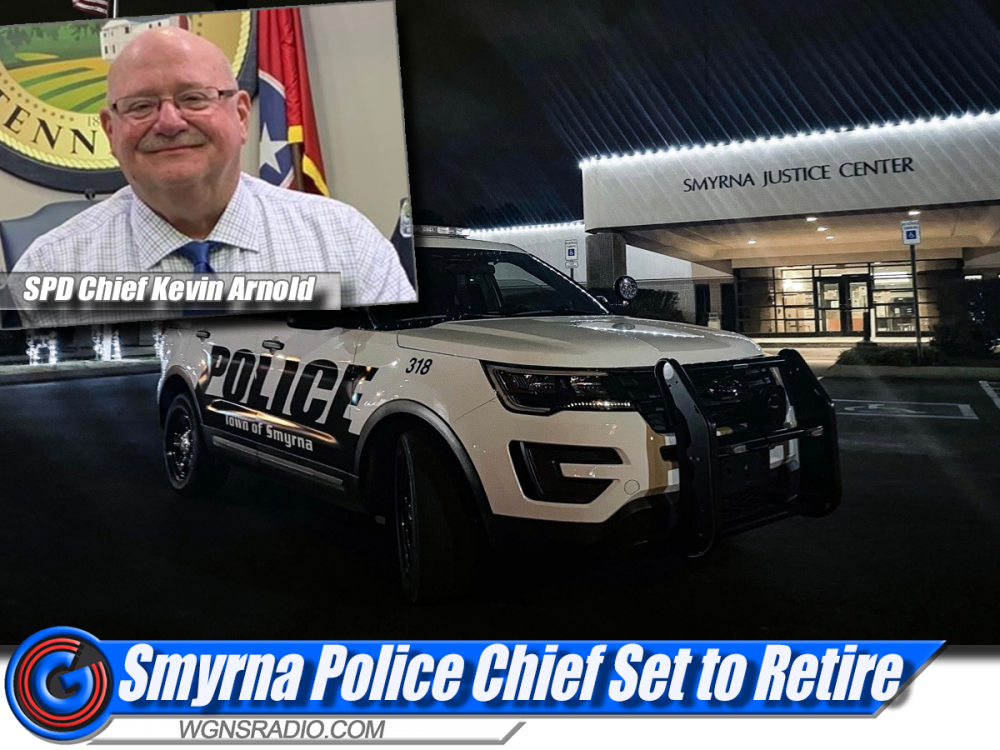 SMYRNA, TN - Town of Smyrna Police Chief, Kevin Arnold, has announced his retirement after 33 years of dedicated service to the Town and its citizens. During his tenure with the Smyrna Police Department, Chief Arnold has contributed invaluable experience, leadership and wisdom to our community; which are especially evident through his devoted service as Chief of Police for the past 15 years. "Chief Arnold has performed at the highest level of his profession, and his presence will be missed throughout the State of Tennessee," said Smyrna Town Manager Brian D Hercules. "We wish him the best in his retirement and thank him for his many years of public service to the Town of Smyrna and its citizens."

Chief Arnold began his career with the Smyrna Police Department in 1989 as a patrol officer. He worked many assignments, including Investigations, and was promoted to Major in 1994.  He graduated from the FBI National Academy in 1997 and was appointed as Assistant Chief that same year. On April 4, 2007, Kevin Arnold was appointed as Chief of the Smyrna Police Department.

During his time as Chief of Police, Chief Arnold has been the president of the Tennessee Association of Chiefs of Police, board member of the Rutherford County 911 Board and board member of the Child Advocacy Center. In 2020, he was presented the Tennessee Association of Chiefs of Police Joe Casey Award, presented annually to honor a Chief of Police who has distinguished themselves through their outstanding character, dedication, and work to promote and enhance the professional image of all law enforcement.

Chief Arnold is a graduate of Middle Tennessee State University’s Criminal Justice program. He began his career in law enforcement as an officer for the MTSU Police Department.  After graduation in 1982, he began working for the Rutherford County Sheriff’s Office, where he served for 7 years. During his time at Rutherford County he worked as a jailer, patrol deputy, and investigator before beginning his career at the Town of Smyrna.

Mayor Mary Esther Reed, the Smyrna Town Council, and the Town of Smyrna family wish Police Chief Kevin Arnold the very best. Mayor Mary Esther Reed states,“Chief Arnold is a true example of a public servant. He makes his employees, the community,  and public service a priority, by showing leadership, dedication, and commitment to the profession.”