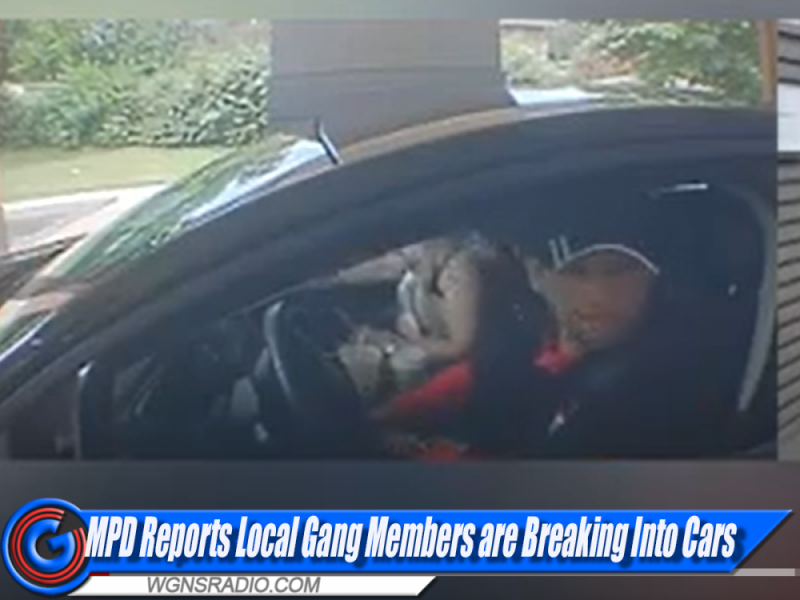 Click Photo for More Pictures or Scroll Down for Video Released by MPD on Thursday.

MURFREESBORO, Tenn. –  The Murfreesboro Police Department (MPD) Criminal Investigations Division (CID) detectives warn that a “Felony Lane Gang” is operating in the area again.  According to the MPD, the notorious group of thieves break into cars and steal purses, wallets and other valuable items often left in plain sight.

The criminals then use stolen ID cards, credit/debit cards, and checks to steal cash from bank accounts. The thieves will impersonate the victim to complete the fraudulent transactions.

“The criminals normally target automobiles parked in places like gyms, parks and trailheads where personal items are visible through the windows,” said Property Crimes Detective Jessica Rice.  “Do not leave your purse or wallets in plain sight; keep them on your person or lock them in your trunk.”

Detectives are attempting to identify a man and woman wanted for questioning in two separate vehicle burglaries that occurred at the Walter Hill Dam and Central Valley Greenway Trailhead on August 21, 2022.  In both cases, the victims’ car windows were smashed and personal items stolen.

The male car burglar was captured on surveillance video allegedly using the ID of one victim to cash a check belonging to a second victim at an Ascend Bank. Detective Rice said, “We urge drivers to park smart.” She further commented,  “Hide your stuff, remove your key, and lock your car.”

If you have any information about these subjects (from the video or photo) or see suspicious activity, please contact Detective Jessica Rice at 629-201-5550.  You can also call CrimeStoppers at 615-893-STOP or submit tips using the P3 Tips Mobile App.