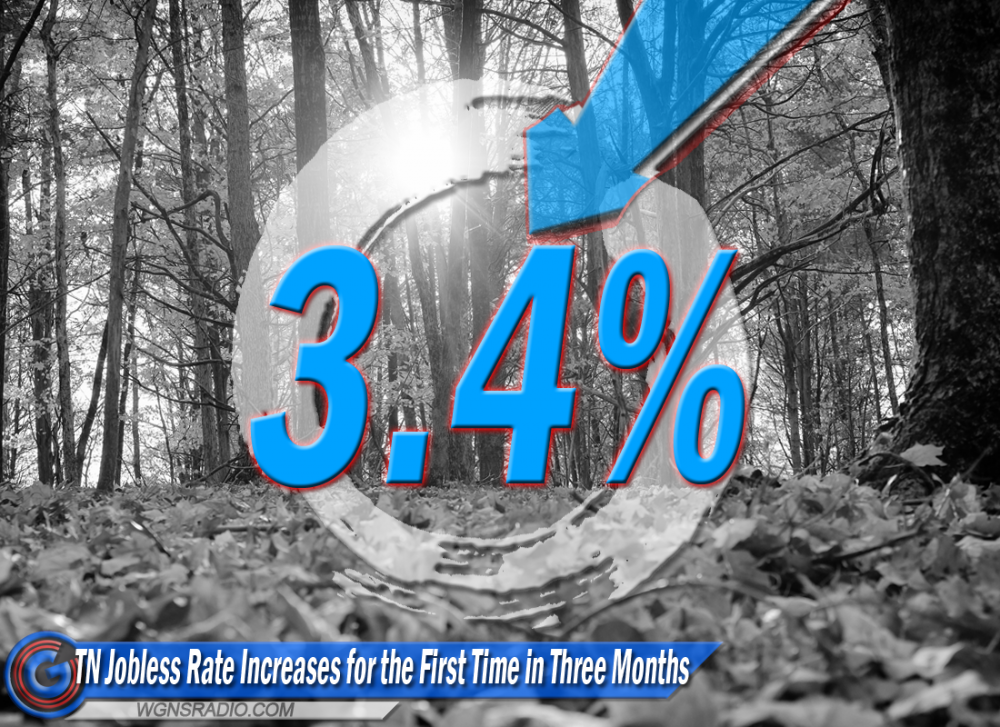 TENNESSEE - After three consecutive months of steady, near record low unemployment across the state, Tennessee’s jobless rate inched up slightly in August, according to the Department of Labor and Workforce Development. The seasonally adjusted unemployment rate for the month is 3.4%, up just 0.1 of a percentage point from July’s rate of 3.3%. The all-time low rate in Tennessee is 3.2%.


ADVERTISEMENT
One year ago, Tennessee’s jobless number stood at 4%. The current rate is down 0.6 of a percentage point in a year-to-year comparison.

RUTHERFORD COUNTY - In Rutherford County, jobless numbers for the month of August won’t be released until September 22nd. However, the unemployment numbers for August are expected to be similar to the rates that were confirmed in July.

ACROSS THE STATE - The number of nonfarm jobs in Tennessee increased by 3,100 between July and August. The financial activities sector created the most positions, followed by the manufacturing sector, and then the education and health services sector.

Over the last 12 months, Tennessee employers added 114,500 nonfarm jobs to their payrolls. The leisure and hospitality sector saw the most year-to-year growth. The trade, transportation, and utilities sector, along with the education and health services sector, accounted for the next highest job gains.

An analysis of Tennessee’s August 2022 unemployment data can be found online here.

The seasonally adjusted unemployment rate for the nation also increased in August. When compared to July’s revised rate, the statistic increased by 0.2 of a percentage point to 3.7%.