Murfreesboro, Smyrna and LaVergne see average price at the pump under $3 at $2.97 per gallon (reg) 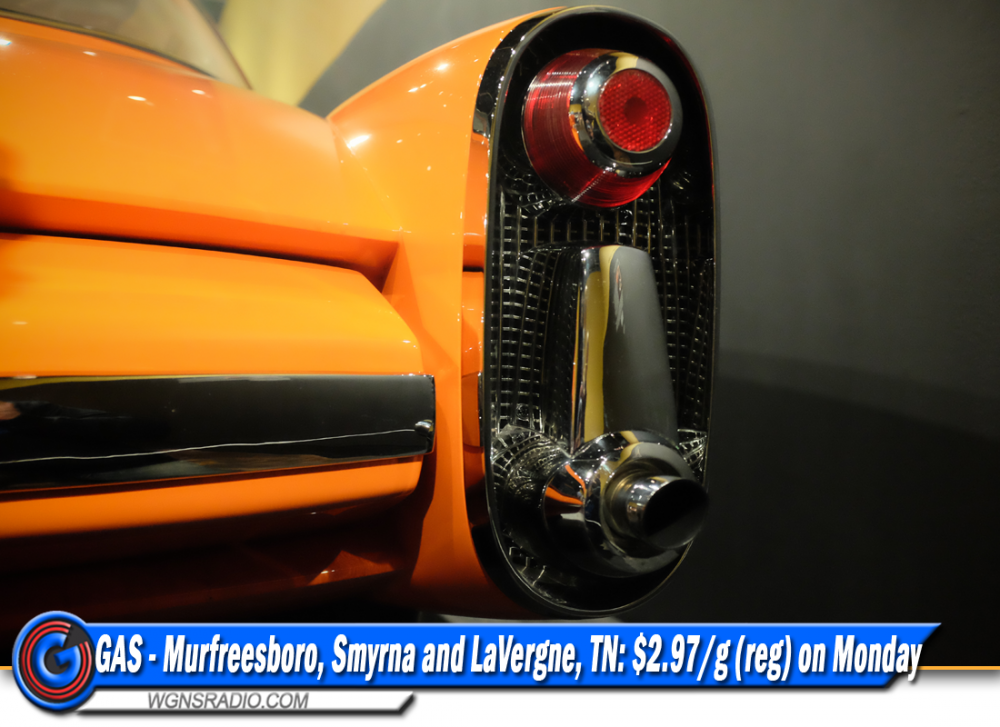 RUTHERFORD COUNTY, TN - Tennessee gas prices fell, on average, four cents per gallon over last week. This marks the third straight week of declines in the state gas price average. The Tennessee Gas Price average is now $3.22 which is nearly 24 cents less expensive than one month ago and 33 cents more than one year ago.

"Tennessee gas prices are still declining, but at a much slower rate compared to the last two weeks, " said Megan Cooper, spokeswoman for AAA - The Auto Club Group. "Ongoing concerns that a global recession and potential U.S. interest rate hike could stifle global fuel demand are putting downward pressure on pump prices. However, certain factors - like geopolitical tensions and hurricane season - still have the potential to create uncertainty in the market and cause minor fluctuations in gas prices."

National Gas Prices - Fewer drivers fueling up helped the national average pump price to drop four cents in the past week to reach $3.67. But it's the smallest weekly decline in months and may signal that the streak of daily falling national average gas prices, approaching 100 days, is nearly finished.

Meanwhile, most of the country is now using less expensive winter blend gasoline, so modest pump price reductions have occurred. Only California has yet to make the switch, but that happens on November 1.

National Oil Market Dynamics - At the close of Friday’s formal trading session, WTI increased by a penny to settle at $85.11. While a strengthening dollar helped to cap crude price increases at the end of last week, prices decreased earlier in the week after the Consumer Price Index showed that inflation remains stronger than expected. As a result, the market is concerned that the Federal Reserve could take more drastic measures that could lead to a recession, which would likely lead to a drop in crude demand and prices. For this week, persistent demand concerns could put downward pressure on prices. EIA’s latest weekly report also showed that total commercial crude inventories increased by 2.4 million bbl to 429.6 million bbl.