Alleged Shoplifting Suspect at Lowe's in Murfreesboro was Reportedly Armed 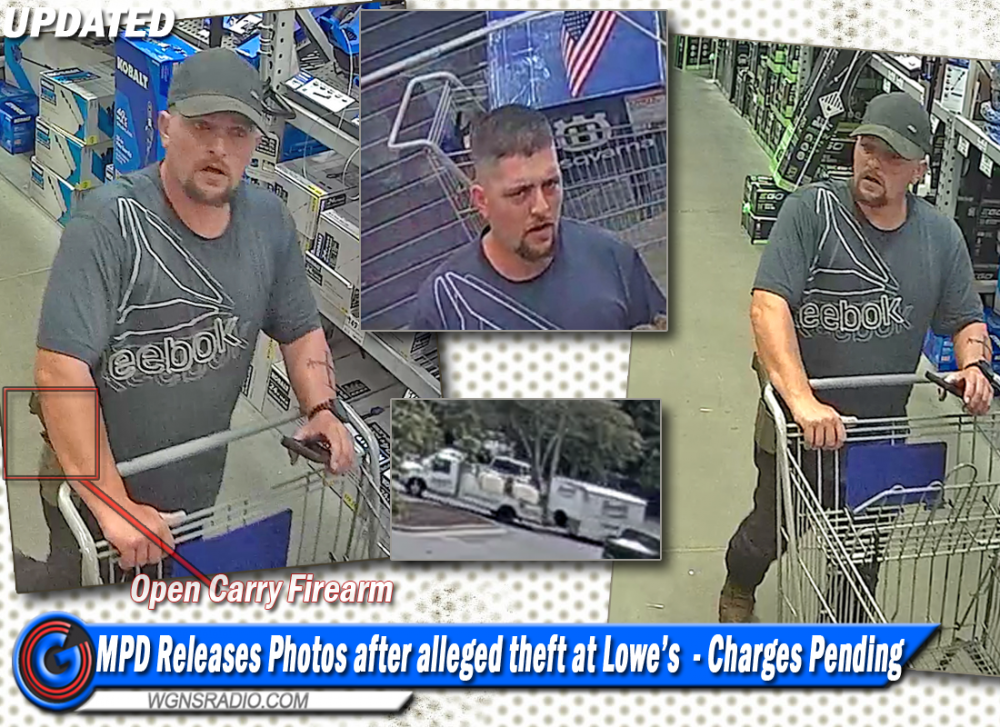 Shortly after WGNS posted the news story, the MPD confirmed that the ‘Person of Interest’ was identified and that charges are now pending.

UPDATE - MURFREESBORO, TN – Detectives in Murfreesboro have located a person of interest in a theft case that was opened after a shoplifting incident was reported at a local store. The theft was reported at Lowe’s Home Improvement on Old Fort Parkway, September 17, 2022.

According to authorities, the suspect made his way to the lawn equipment aisle and selected a Husqvarna Backpack Blower. He allegedly took all the packing materials out of the box and employees believe the man placed additional items in the box. However, the actions were not within view of the store cameras.

A store employee approached the man, at which time he reportedly pointed to his firearm that he was openly carrying. Per store policy, the employee walked away from the subject. Workers say the unknown and evidently armed man went to the customer service desk, asked a question and allegedly left the store without paying for the merchandise. The man was parked in the back parking lot and left the scene in a white work truck that was pulling a trailer.

Photos that were captured on the Lowe’s in-store surveillance camera system were released to police. Shortly after WGNS posted the news story, the MPD confirmed that the ‘Person of Interest’ was identified and that charges are now pending. If you have further details that could help police with this case, you are encouraged to contact Detective Gorham with the Murfreesboro Police Department at 629-201-5507.

Do You Recognize These Walmart Shoppers?
Friday: Janet Johnson