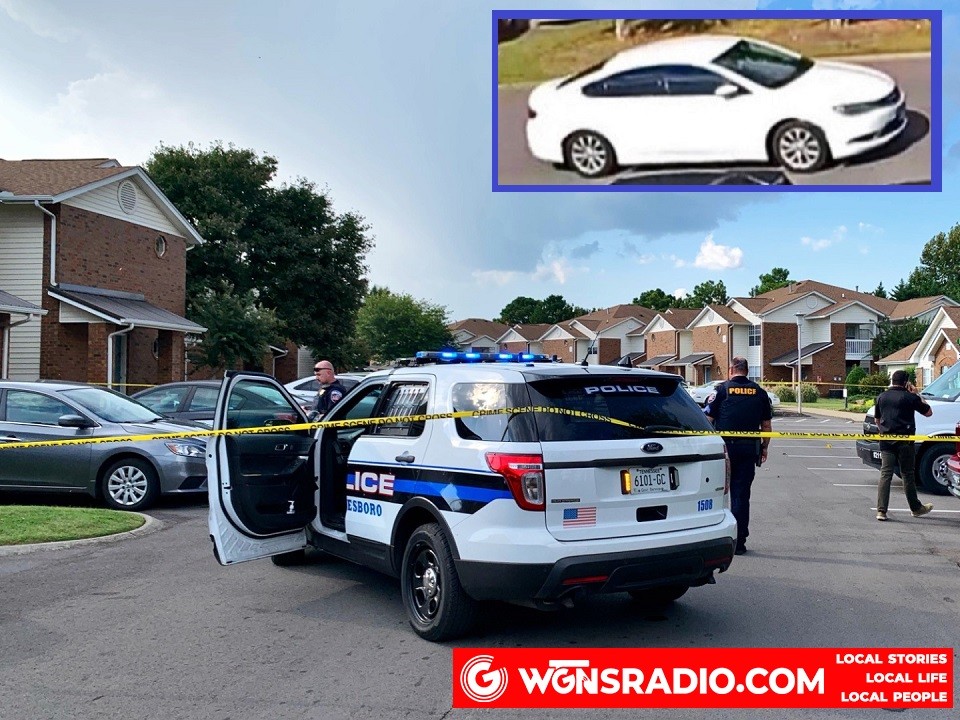 SEE UPDATED ARTICLE: Police Want to Speak with Driver of Chrysler 200 After Man Shot Multiple Times on Sunday. Originally, it was thought the white sedan that authorities are looking for was a Honda Civic, but upon closer examination, police confirmed the car was a Chrysler 200. The driver of the small sedan is wanted by police.

(MURFREESBORO) Shortly after 3:00 o'clock Sunday afternoon (9/25/2022) a male was shot multiple-times in the parking lot of Hawthorne South Apartments on Indian Park Drive. This all occurred in broad daylight, and much of it was captured on video surveillance cameras.

Public Information Officer Larry Flowers told NewsRadio WGNS, "The preliminary investigation shows a man with a gun approached a car in the parking lot and a man inside a white Honda Civic fire several times, striking the man standing outside multiple times.  He was taken to the hospital where he is listed in stable condition."

Officials confirm that several bullets hit nearby apartments, but no injuries were reported.

Investigators are working to determine a motive.  They believe this is an isolated incident and the men may have known each other.  Right now, there is no immediate threats to the public.

Detectives would like to interview the driver of the Civic to get his version of what happened.  Detectives also want to speak to a male teenager who was in the parking during the shooting. The two men are asked to contact Lieutenant James Abbott at 629-201-5523.

Again, the man who was shot is in stable condition. The shooting remains under investigation.