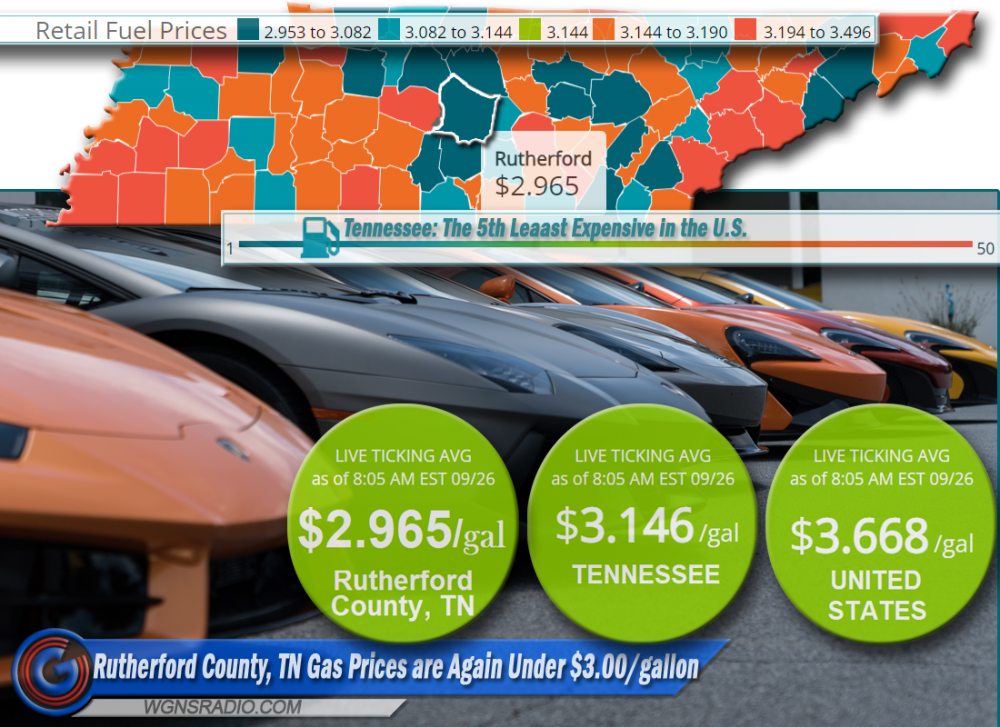 Across the state, the average price at the pump is $3.14 per gallon, while the national average is $3.66 per gallon. Tennessee is currently the 5th least expensive state for motorist to refuel in, according to GasBuddy.com. Over the past 14-years, the highest average price Tennessee has seen at the pump was recorded earlier this year on June 12, 2022, when gas was selling for $4.64 per gallon. The lowest price on record since 2008 was hit on January 2, 2009, when the price dipped down to $1.45 per gallon.