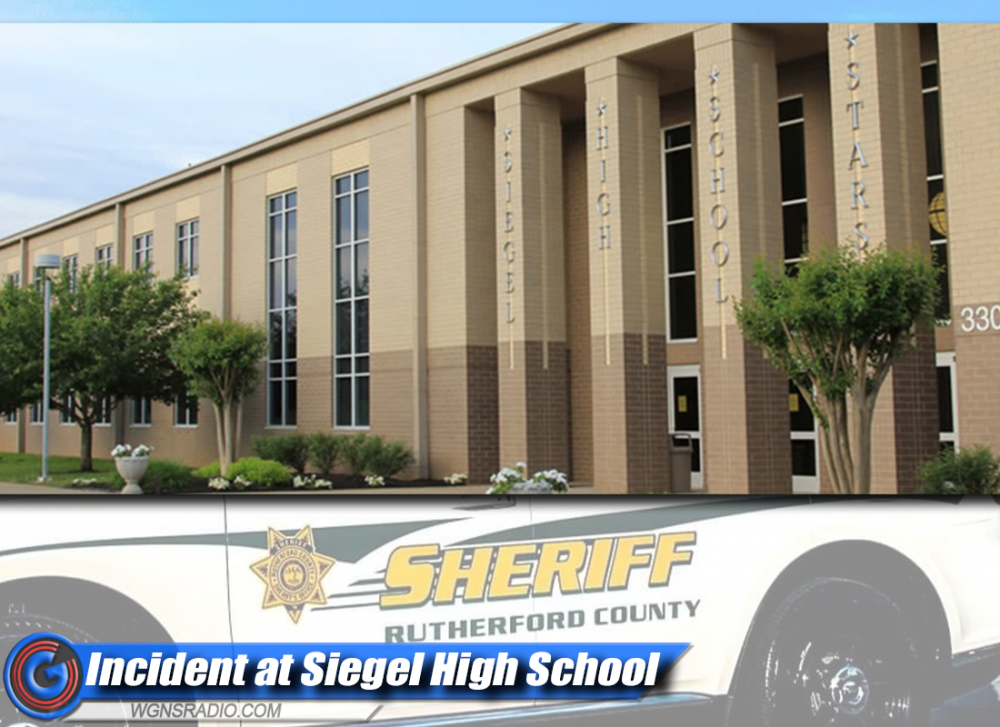 The Sheriff's Office reports that no serious injuries occurred during the fight and no weapons were involved. SROs had to place some students under arrest as a result of the fight.

At this time, the fight remains under investigation and there will be an intense police presence at the school to prevent any further disturbances on Thursday and Friday.

Rutherford County Schools Communications Director James Evans told WGNS, “We had a student fight this afternoon and had additional law enforcement respond for support. The situation has been resolved, and the school has sent a message to parents to keep them informed, which is standard procedure.”

Initially, WGNS was told by a listener around 2PM that someone was stabbed at the school, which turned out to be completely untrue. Evans stated, “There were no weapons involved and no one was stabbed. That is an unfounded rumor.” Fortunately, there were no serious injuries in the fight at Siegel High School in Murfreesboro.