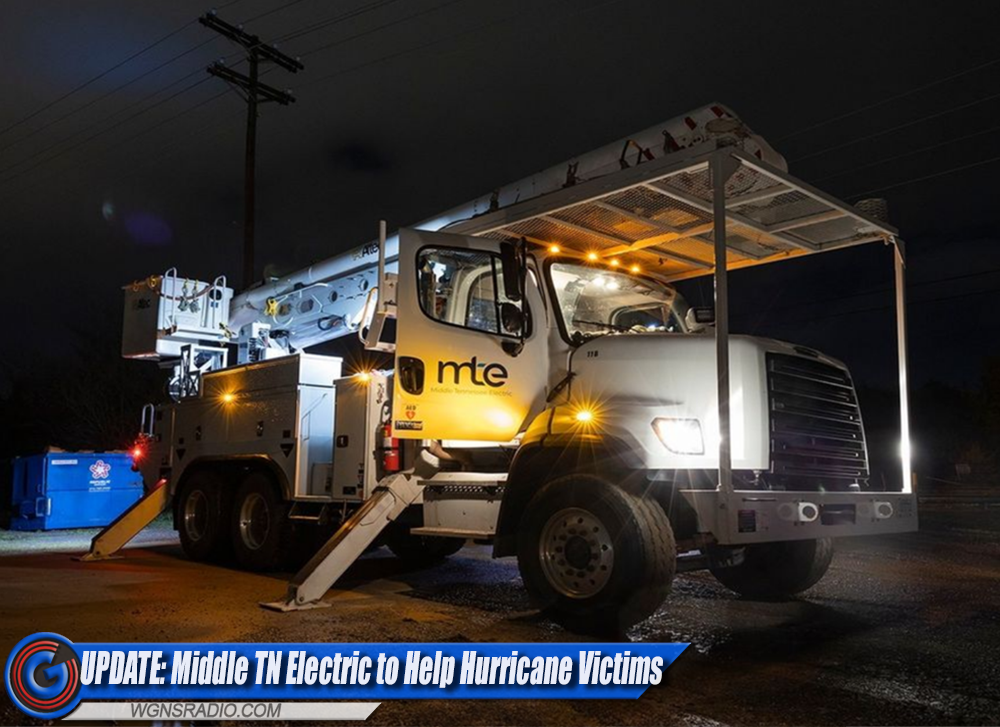 MTE president and CEO Chris Jones said, “A special thanks to these men and all the line workers who leave home and work long hours in dangerous conditions and inclement weather to restore power to those in need.” Jones continued, “As a cooperative, Middle Tennessee Electric abides by the Seven Cooperative Principles; one of which calls for cooperation between cooperatives. This means that cooperatives help each other, particularly when faced with serious storm damage and destruction. MTE was the beneficiary of this type of help following the tornado in Wilson County in 2020, and we’re always ready to aid another cooperative in its time of need.”

MTE crews will assist this area until all needs are met following the impact of the hurricane.