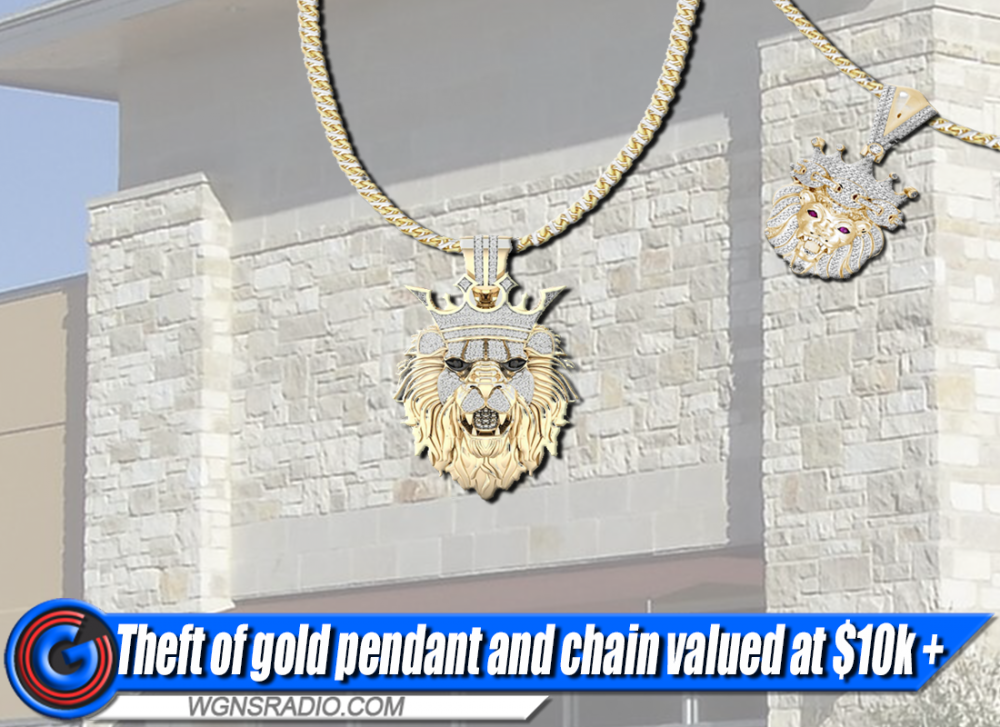 Photo of similar lion pendants and chains at Kay Jewelers

(MURFREESBORO, TN) An unknown man allegedly shoplifted to the tune of what many people set aside to spend on a used vehicle.

The culprit entered Kay Jewelers on Medical Center Parkway this past month and inquired about two pieces of jewelry. One of the pieces was a gold lion pendant and the second item was a gold chain. Together, the pendant and chain added up to more than $10,500. When the customer tried to pay for the jewelry the first time, the transaction failed to go through.

According to the police report, the man tried to make a payment more than once. However, the transactions never went through.

The employee of Kay Jewelers described to police what occurred and highlighted the culprit was wearing the jewelry when he “…suddenly turns around and walks out of the store.” As the man headed out the door the worker yelled for him to stop, but he continued walking. He was seen getting into a vehicle that was described as a tan colored sedan with dark rear windows.

In case you’re curious about the price of each jewelry piece reported as stolen, the “Mariner Linked white and yellow gold” necklace was on sale for $5,250 and the “Gold Lion pendant” with diamond and ruby adornment was also on sale for $5,250, according to a police report filed on September 9, 2022. With tax, the handsome combination adds up to $11,523.75.

At this point, no suspect has been named and it appears as if an arrest has not been made. Because the theft added up to more than $10,000, it has been labeled as a felony case.