Homeless man says the driver of a BMW gave him a ride, but left with his backpack 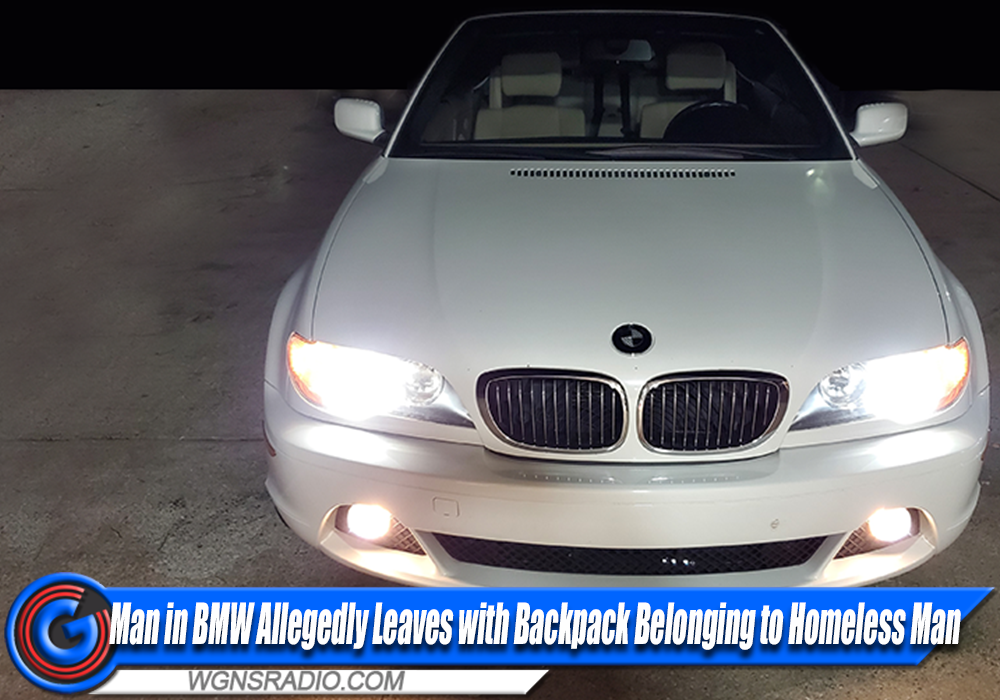 Above photo of car is a stock photo of a BMW

(MURFREESBORO, TENN.) Being kicked while you’re down is one of the worst feelings a human can feel… but it’s something that many of us face at one point or another. In this case, the person being kicked while in the midst of a low point was a homeless man who simply needed a ride.

The victim said he was stranded in Lebanon, Tennessee and trying to find a ride to Nashville.  When a passerby stopped to offer a lending hand, the 44-year-old man jumped at the opportunity. After getting into the suspect’s white BMW, he learned the subject was headed to Murfreesboro and was reportedly told that the ‘Boro was his stopping point. Eager to make it closer to the Music City, the homeless man buckled-up for the ride.

After arriving in Murfreesboro, the driver of the Beamer decided to stop at a plasma donation center so the two could make a few bucks. As luck would have it, the man who gave the homeless subject a ride finished his donation first and quickly headed for the door. Once the homeless man realized the driver was gone, he came to the realization that his backpack was left with the suspect. Sadly, everything the homeless man owned was in the backpack that just drove away.

The victim called the MPD to report the theft, but not to file charges against the driver - - "... he stated he was not concerned with pursuing charges, however he did wish for this to be documented." Inside the victims’ backpack were only a few items, but the items he lost were important to him. Those items included clothes, hygiene products, a Bible and a thumb drive for a computer. So far, the man behind the wheel of the BMW has not been identified. No word on ‘IF’ the homeless man ever made it to Nashville and it's not known if the driver of the car even realized the homeless man had left his backpack in his vehicle.