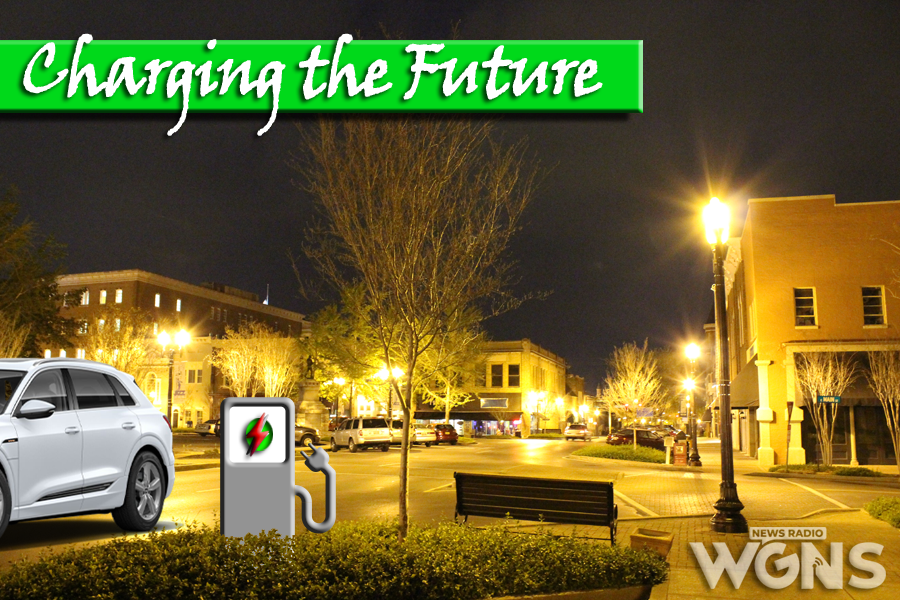 (Rutherford County, TN) In just a matter of years, electric vehicles have emerged as being part of the clear future of the automotive industry. A recent analysis found that Tennessee has a total of 1,647 electric vehicle chargers – or 23.9 for every 100,000 residents, compared to 39-chargers for every 100,000 residents nationally. The number of 23.9 chargers for every 100-thousand residents places Tennessee in the number 27-position on the “States With the Most Alternative Fueling Stations” list when looking at charging station availability across the U.S.

Specifically in Rutherford County, there are approximately 75 to 80-charging stations available for public use.

Many people have thought about the electric vehicle route when buying a new car, but is it the right direction for your daily commute? Amy Byers with Middle Tennessee Electric in Murfreesboro said…

More Details on Charging Stations Nationwide - In 2008, the nascent car manufacturer Tesla released its first Roadster models, targeting sales of 100 units per month. Over the ensuing years, Tesla grew into one of the largest companies in the world by market capitalization and today leads the global market for EVs, selling nearly 1 million units per year. While Tesla remains the top choice for buyers in the EV market, the company’s success has also paved the way for other electric vehicle startups like Rivian.

More established automakers have also ventured into the EV market in recent years. The launch of the Nissan Leaf in 2010 was an initial foray for established manufacturers into electric vehicles, and other large automakers have added EVs and hybrids to their lineup over time. Some are going even further: General Motors, Toyota, and Volkswagen are among the large manufacturers who have announced plans to go all-electric and eventually stop selling gas-powered vehicles altogether.

A combination of factors explains EVs’ growing success. The technology behind electric vehicles has improved, as batteries now provide longer range on a charge. Consumer interest has increased, with buyers viewing EVs as a way to reduce their environmental impact and potentially save on fuel costs. In the European Union and U.S. states like New York and California, policymakers have moved to limit the sale of combustion vehicles and incentivize EV purchases for consumers as a part of larger efforts to reduce carbon emissions.

Despite these trends, barriers remain to an all-EV future in the U.S. Chief among them is the development of a nationwide charging infrastructure for electric vehicles.

While EV owners frequently charge their vehicles at home, widespread availability of charging stations would allow people with EVs to travel greater distances more easily. Already over the last decade, the number of EV chargers in the U.S. has increased from less than 500 to more than 115,000. These numbers are poised to rise even faster in the near future. The Bipartisan Infrastructure Law enacted in 2021 will invest $7.5 billion in a national network of electric vehicle charging stations, with a goal of building 500,000 chargers by 2030.

More electric vehicle chargers will not be sufficient by themselves to increase adoption of electric vehicles. The U.S. must also add the right kinds of chargers to the mix, since different kinds of chargers replenish vehicles’ batteries at vastly different rates. Nearly four in five chargers in the U.S. currently are Level 2 chargers, which add approximately 25 miles of range per hour of charging. This rate is acceptable for charging near home or at the office, but it is too slow for anyone taking a longer trip. In contrast, the fastest chargers, DC Fast, add 100 to 200 miles of range per 30 minutes of charging—but this category only represents 21.1% of all chargers nationally.

The U.S. electric charging infrastructure must also be distributed more evenly to encourage widespread adoption of electric vehicles. One state, California, currently far outpaces the rest of the country in the availability of chargers. California is home to 41,225 electric vehicle chargers, which amounts to approximately one-third of the nation’s total. As the birthplace of Tesla and one of the country’s most environmentally progressive states, California’s robust charging infrastructure is unsurprising. Nonetheless, other states lag far behind on this measure: second-place New York has less than one-fifth the number of EV chargers as California.

When adjusting for size, however, California falls to second on the list of states with the most chargers. Instead, Vermont—a smaller state with a strong environmentalist streak—stands out as the location with the most electric vehicle charging ports per capita.

For more information, a detailed methodology, and complete results, you can find the original report on CoPilot’s website: https://www.copilotsearch.com/posts/states-with-the-most-alternative-fueling-stations/