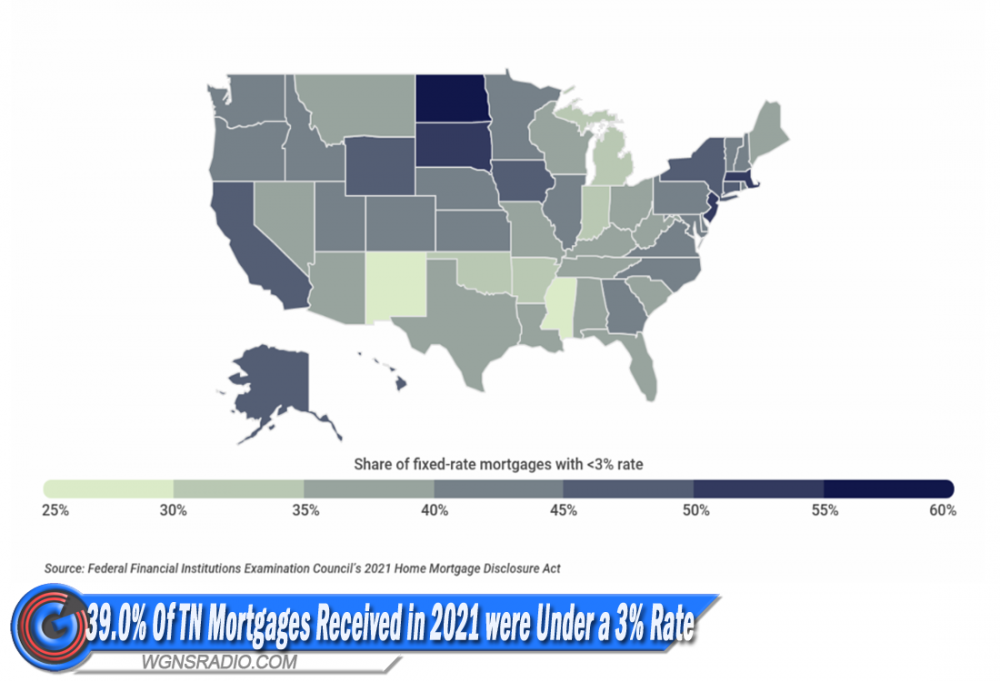 After hitting record lows in August of 2021, mortgage interest rates have been steadily rising. Recent actions by the Federal Reserve to combat inflation have caused mortgage rates to double since the start of the year. While home prices are starting to come down, the drop is not expected to offset the price jump that occurred during the pandemic. As a result, the combination of rising rates on top of an already expensive housing market have made purchasing a home even more costly.

In 2021, 39% of fixed-rate mortgages in Tennessee had interest rates lower than 3.0%. Below is a summary of the data for Tennessee:

For the bigger picture, here are the statistics for the entire United States:

Another factor in determining mortgage interest rates is location. Interest rates vary geographically due to local market conditions, the financial health of residents, and laws governing lenders. Across the U.S., 41.6% of all approved home purchase loans had interest rates below 3.0% in 2021. However, in some parts of the country the majority of approved mortgage loans secured rates below this figure. At the state level, North Dakota and Massachusetts had the largest share of fixed-rate mortgages with rates below 3.0% in 2021, at 58.5% and 54.8% respectively. In comparison, fewer buyers in the Southeast received favorable rates. Just 27.7% of approved mortgages in Mississippi had rates of less than 3.0%—the lowest level in the country.

Mortgage rates are now at the highest they’ve been in 20 years. And despite a decline in home prices, the monthly mortgage payment for a median-priced home in the U.S. remains about 50% higher than before the rate increases. While mortgage interest rates are largely determined by macroeconomic trends, prospective home buyers do have ways of securing a lower rate—including maintaining good credit and putting down a larger down payment on their home purchase.

For more information, a detailed methodology, and complete results, you can find the original report on Construction Coverage’s website: https://constructioncoverage.com/research/cities-that-get-the-best-mortgage-rates-2022 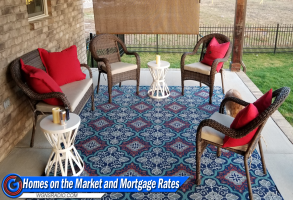