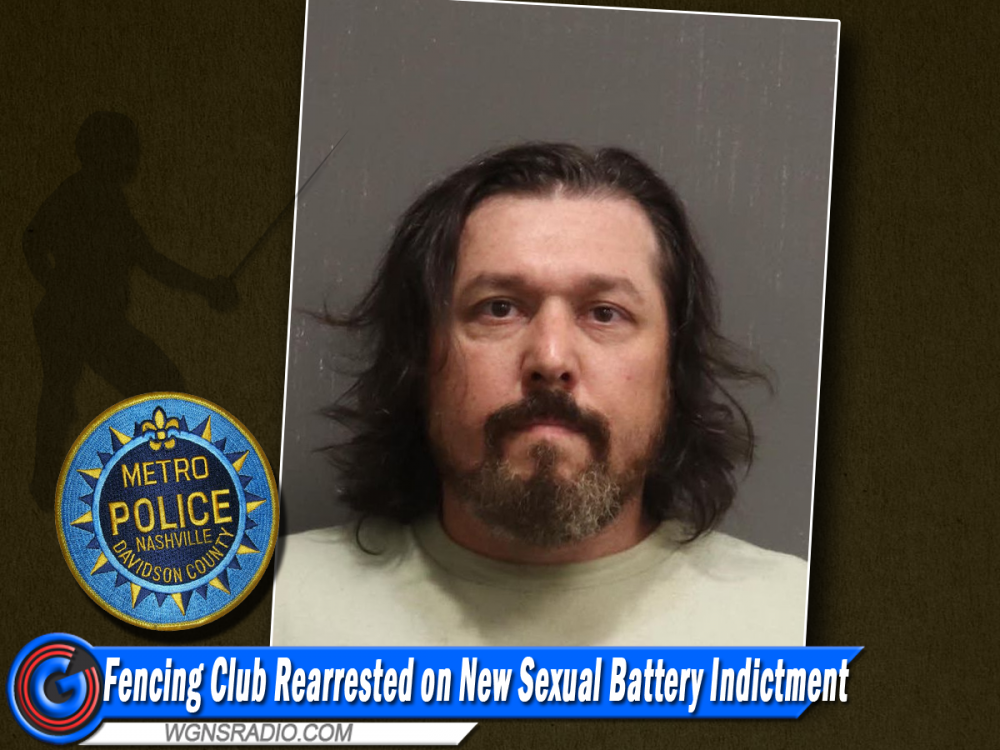 In nearby Davidson County, Metro-Nashville Police report that Youth Services detectives have rearrested 37-year-old Robert Charles Piraino on a new sexual battery indictment after a second victim from the Music City Fencing Club came forward. The then 17-year-old male student claims Piraino, the owner and head coach of the club, inappropriately touched him during a private lesson.

Piraino was arrested last August on two counts of inducing sexual activity by a minor for paying a 15-year-old female student to send him explicit photos and videos of herself. Upon further investigation, he was indicted by a grand jury on 108 counts of alleged sex crimes involving a minor.

Piraino was out on bail with an GPS ankle bracelet when he was arrested Wednesday (06/22/2022) on the new charge of sexual battery by an authority figure.

The Metro Police Department say that parents whose children took lessons from Piraino at Music City Fencing Club are encouraged to talk with their kids and report any concerns to the Nashville Police Department’s Youth Services Division at 615-862-7417. Detective Brian Zullo is leading this investigation.