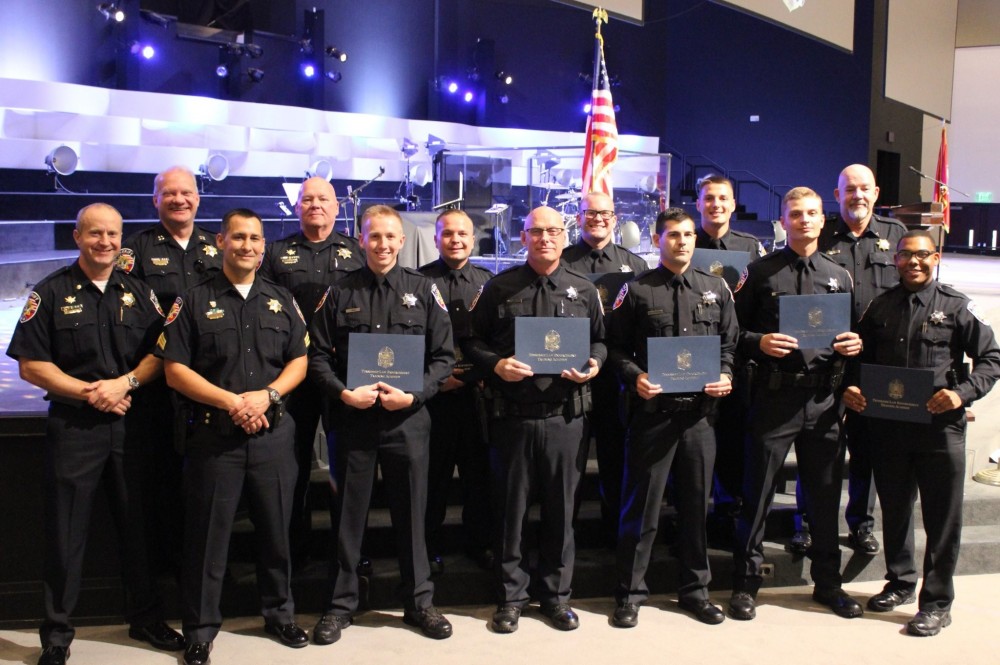 Ramey, who was class president, thanked the families and friends who support the officers. He thanked the instructors for shaping them and giving them tools for their career. “We started as a team and ended as family,” Ramey said of his classmates. “Never forget the things you heard here.”

The keynote speaker was Tennessee Bureau of Investigation Director David Rausch, who encouraged the graduates to talk about their work experiences with their families. “They will keep you grounded,” Rausch said.

Rausch advised the officers to:
• Take care of themselves physically and mentally.
• Remember you are a servant of your community.
• Never compromise your integrity.
• Always do what is right.
• Treat people the way you want to be treated. 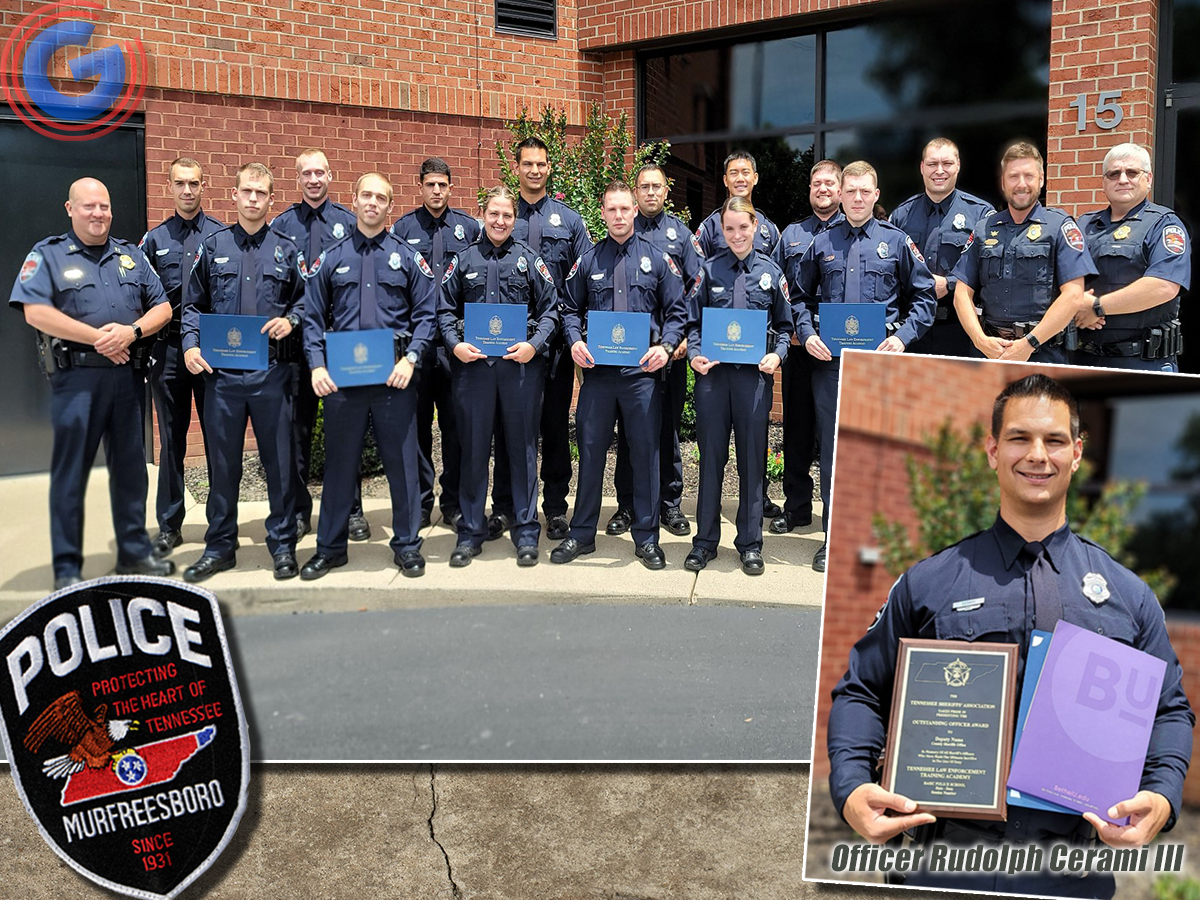 The Murfreesboro Police Department welcomed 13 of their newest officers to police force this month. The new hires graduated on Friday from the Tennessee Law Enforcement Training Academy Basic Police School and were class number 1946. The school is located in Music City. The new officers will now complete in-house training and will be paired with an MPD Field Training Officer, before hitting the streets alone.

One of the officers went above and beyond in his training and was presented the Bethel College of Professional Studies Legal Award. Congratulations to Officer Rudolph Cerami III (above photo) who received a $5,000 scholarship to continue his education. Cerami also received the Outstanding Officer Award, presented by the Tennessee Sheriff's Association.