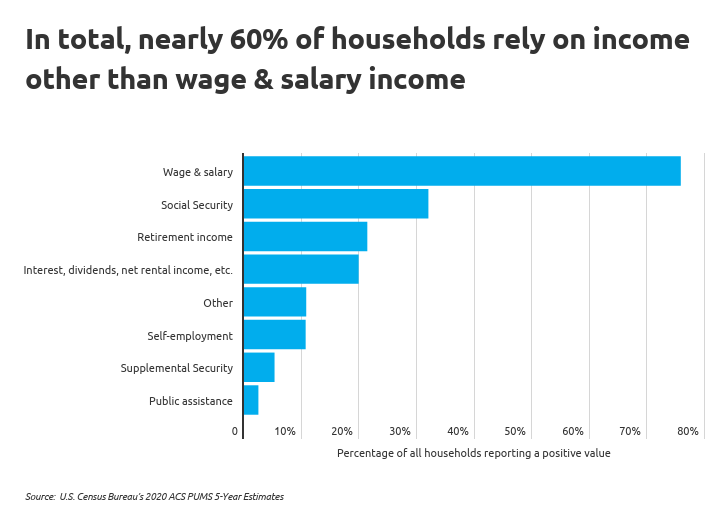 Heightened inflation over the last year is stretching many households’ finances. The U.S. Bureau of Labor Statistics figures from April 2022 suggested that inflation may have peaked, but showed that prices have increased by 8.3% year-over-year. A dollar does not go as far as it did at the beginning of 2021, and households are doing what they can to keep up with rapid price increases.

WGNS looked into a variety of job fields to find out what type of 'Regular Pay' is currently being offered in the Volunteer State. 2020, the most recent year for the state to release such information, shows that those who work management positions typically earn about $83,000 annually. In business and financial operations, you can expect to receive a starting salary of $38,419 annually. The median income in business and financial operations is right at $60,000 ($60,052) annually. The median annual salary for those who work as a tech in the healthcare industry, is almost $58,000 ($57,956) annually. In the category of social service work, the starting income in Tennessee rings in at $29,339 annually. The median income is listed as being just under $43,000 ($42,980) annually.

According to data from the U.S. Census Bureau, wages and salaries are the most common form of income for Americans. More than 75% of households report receiving wages and salaries. But alternative income streams are common in a large number of households as well. Nearly one in three Americans receive Social Security, 21.4% rely on other forms of retirement income, and 19.9% report income from interest, dividends, and rentals.

Most alternative income streams are considered to be “fixed,” which means that they pay out a set amount on a regular basis. Social Security, Supplemental Security Income (SSI), and public assistance programs are all government-administered income support for populations in need. While some of these programs do receive an annual inflation adjustment, payments are not adjusted month-to-month, and the annual adjustment may fall short of the overall level of inflation. For example, Social Security and SSI applied a 5.9% cost of living adjustment in 2022—a number that lags the current rate of inflation.

Across the Volunteer State, 2019 records from the Bureau of Economic Analysis show the average annual income of working individuals is $48,684 annually - keep in mind these are for traditional jobs and not 'Extra income.' While those numbers are from 2019, the most recent year for the financials to be released in Tennessee, that amount is likely similar to what most workers are getting today (July 11, 2022).

Specifically in Rutherford County, the annual pay is going up. The Tennessee Department of Labor and Workforce Development show that typical wages in the area of Rutherford County add up to a median pay of $61,730 annually. Again, that is the pay for those working a regular job and that income does not include outside sources of income.

Meanwhile, income sources like retirement income from a 401k or interest and dividend payments may yield less of an overall return when the market is underperforming. And because all of these alternative income streams typically provide a lower amount of income per household than wages and salaries, losses to inflation or market underperformance can have adverse effects for people who rely on them to meet basic needs.

The analysis found that 60.2% of households in Tennessee earn income from alternative sources, which yield a median $20,000 annually.

Overall, Tennessee residents earn the 10th least alternative income. Here is a summary of the data for Tennessee:

For more information, a detailed methodology, and complete results, you can find the original report on Self Financial’s website: https://www.self.inc/blog/cities-alternative-income-streams

Other News Headlines from WGNS RADIO:
1.) Serious Auto Accident in Murfreesboro
2.) What's the Next Move for 'Notes LIVE' in Murfreesboro?
3.) TBI Charges Firefighter in Waverly, TN with Arson
4.) Housing Protest in nearby Nashville, TN
5.) The price of Gas this week in Rutherford County, TN
6.) Shooting on I-840 Monday Morning