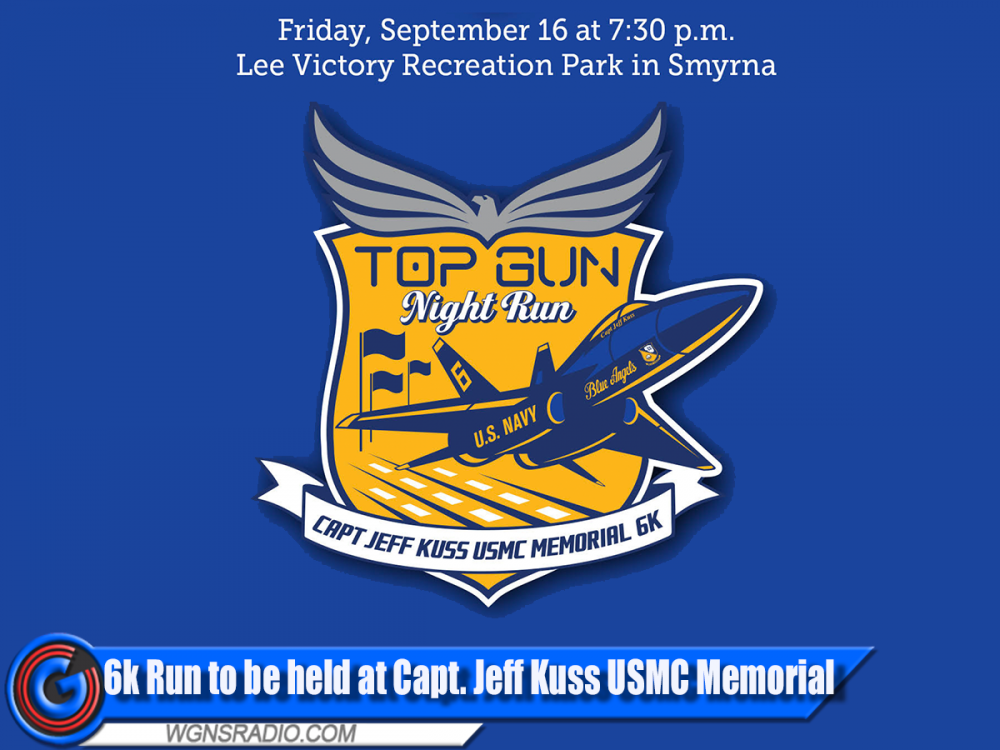 RUTHERFORD COUNTY – Last month on June 2nd marked the anniversary of a sad day for not only residents of Smyrna, but also for the Blue Angels. On that day 6-years ago, U.S. Marine Corps Captain Jeff Kuss was flying Blue Angel #6 in preparation for the Great Tennessee Airshow when he crashed. The crash was blamed on a factor of speed and altitude when he attempted to perform what is called a "Split S" maneuver. Kuss died in the tragic accident, just 2-days before the air show was scheduled to take place at the Smyrna airport in 2016.

2-Years after the accident, Smyrna opened the Jeff Kuss Memorial, which included the permanent display of an F/A-18C Hornet, similar to the jet that Kuss was flying in 2016.

This September, the pilot will be remembered during the Capt. Jeff Kuss USMC Memorial 'Top Gun Night Run.' The 6k run will be on September 16th at 7:30 in the evening in the Lee Victory Recreation Park in Smyrna. The 3.7 mile course includes the Smyrna/Rutherford County Airport and Smyrna Municipal golf course, with the finish line at the Capt. Jeff Kuss USMC Memorial.

Spectators and runners will enjoy live music and food trucks in the park. The run will be chip-timed and USATF certified and limited to only 650 participants.

The announcement of the upcoming run comes on the heels of the Blue Angels confirming a historic moment for America, after the first woman was named to serve as a demonstration pilot on the Blue Angels team. Lt. Amanda Lee will be a part of the 2023 flight demonstration squadron, according to the U.S. Navy. Lee is expected to pilot one of the Blue Angel jets at the June 2023 Great American Air Show in Smyrna next year.

Again, the Top Gun Night Run will be held on September 16th. To sign up for the 6k, CLICK HERE.

1.) Another Human Trafficking Operation Ends with Arrests in Tennessee