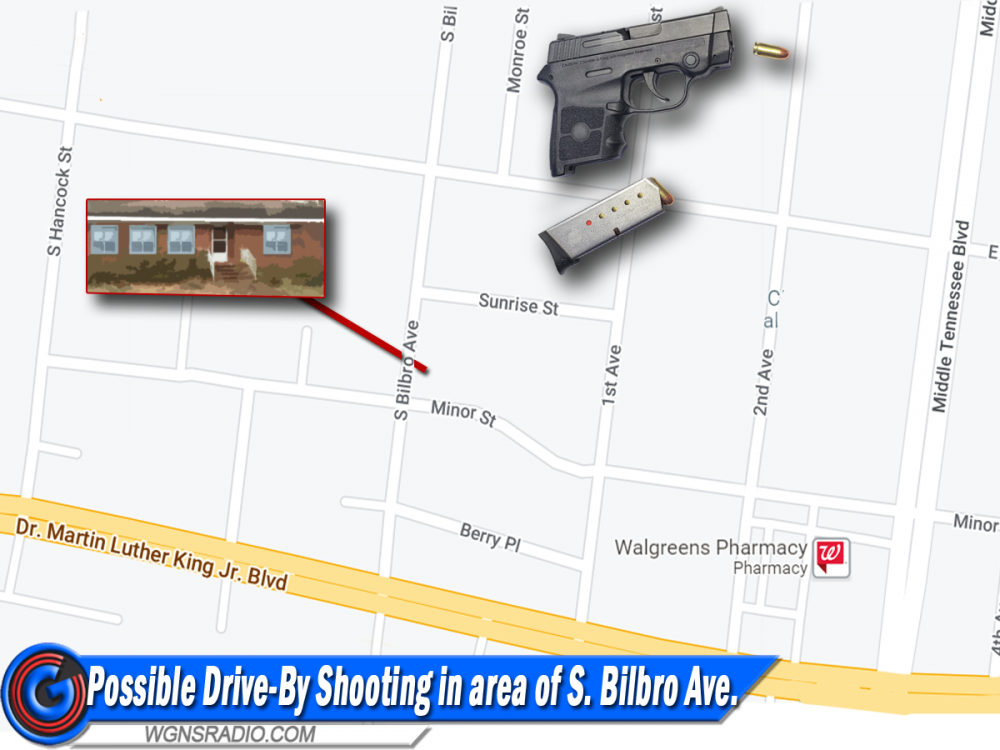 (MURFREESBORO, TN) A home in the 400 block of South Bilbro Avenue near Minor Street in Murfreesboro was hit by a bullet, according to a recently filed police report. The incident occurred on July 8th and so far, no arrests have been made. Evidently, the bullet was a few inches away from a front window, striking the window shutter of the house.

The responding MPD Officer located two bullet casings on the road in front of the home and one bullet casing on the front porch of the house.

At the time of the shooting, there were at least 6-individuals inside the home that included 5-juveniles ranging in age of 4 to 17 and one adult. A white sedan was seen fleeing the area after the alleged drive-by-shooting occurred. Thankfully, no one was injured in the incident that remains under investigation.