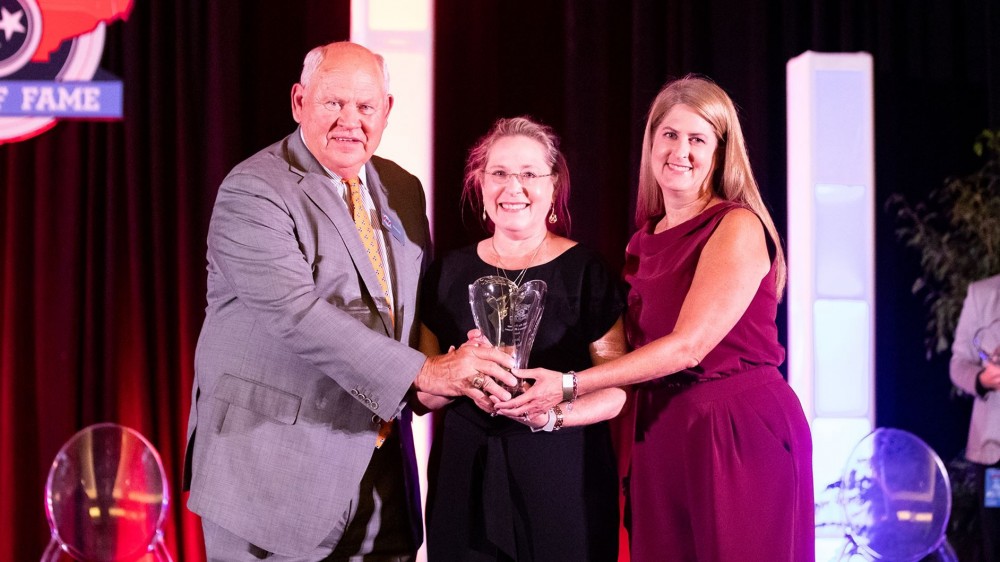 Dean Hayes earned the latest honor of his illustrious career Saturday, as the legendary Middle Tennessee Track and Field coach was named the 2022 recipient of the Pat Summitt Lifetime Achievement Award posthumously at the Tennessee Sports Hall of Fame Class of 2022 Induction Banquet on Saturday evening.

The long-tenured track and field coach, who passed away in January 2022, was represented at the banquet by his wife, Jan, and daughters, Erin and Kara, who accepted the award on his behalf.

"Dean Hayes helped put Middle Tennessee on the map for countless generations of track and field athletes around the world," Director of Athletics Chris Massaro said. "We're so proud that the Tennessee Sports Hall of Fame selected him for this prestigious honor in recognition of his decades of excellence in this state."

In Hayes' 57-year career at MTSU, he led his program to 29 OVC titles, 19 Sun Belt championships, 11 Conference USA titles and 21 NCAA Top 25 finishes. Fifty-two of his student athletes combined to earn 125 All-American honors, including five athletes that were national champions. A fixture in the international track & field community, Hayes coached numerous athletes in several international events, most notably serving as an assistant coach on the 1988 Seoul staff for the United States Olympic Committee.