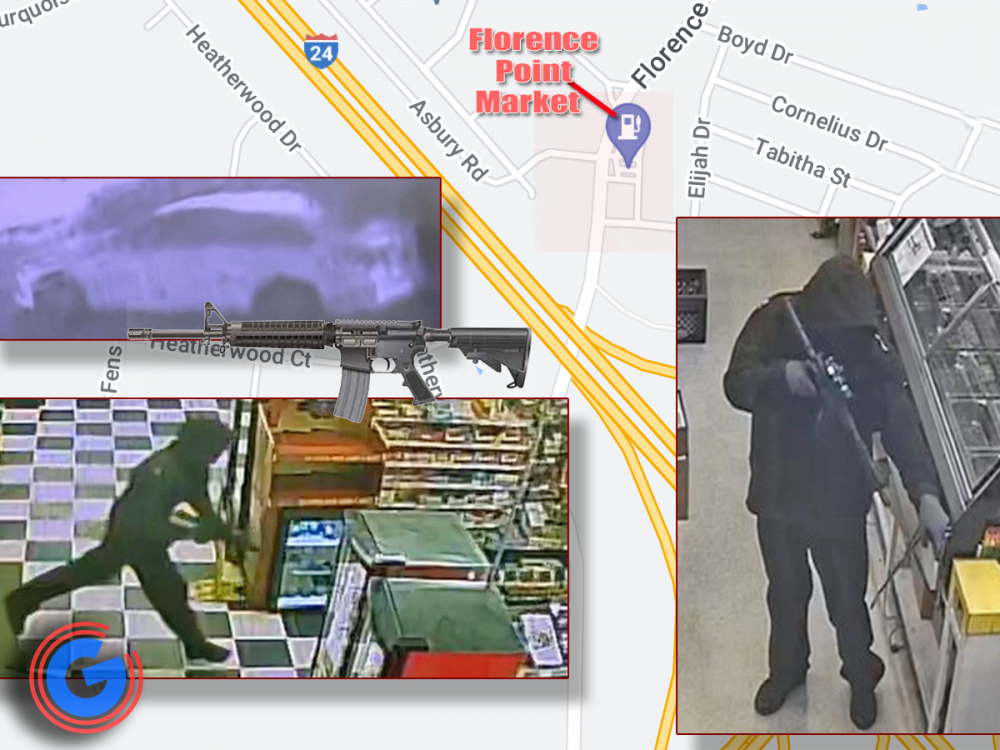 Murfreesboro, TN - An armed robbery that occurred on July 6th in Murfreesboro remains under investigation.

Surveillance video shows a man dressed in solid black with the hood of his jacket pulled over his head, entered the Florence Point Market and demanded the employees give him money. The armed bandit allegedly threatened to shoot the workers if they didn't comply with his orders.

Authorities say video evidence indicates the unknown culprit had an AR style rifle and ordered workers give him cash from both the cash register and the store safe. The man fled the store in a light-colored four door sedan and got-away with almost $1,000 in cash.

Murfreesboro Police are asking the community for help in the case. If you know who robbed the market that sits on Florence Road, across from Asbury Road, you're encouraged to contact MPD Detective Daniel Sosa at 629-201-5619.

3.) Murfreesboro Firemen Recognized After Saving the Life of a Newborn Left in a Hot Vehicle

5.) Appeal Denied for Murfreesboro Man Convicted on 10-Counts of Rape of a Child