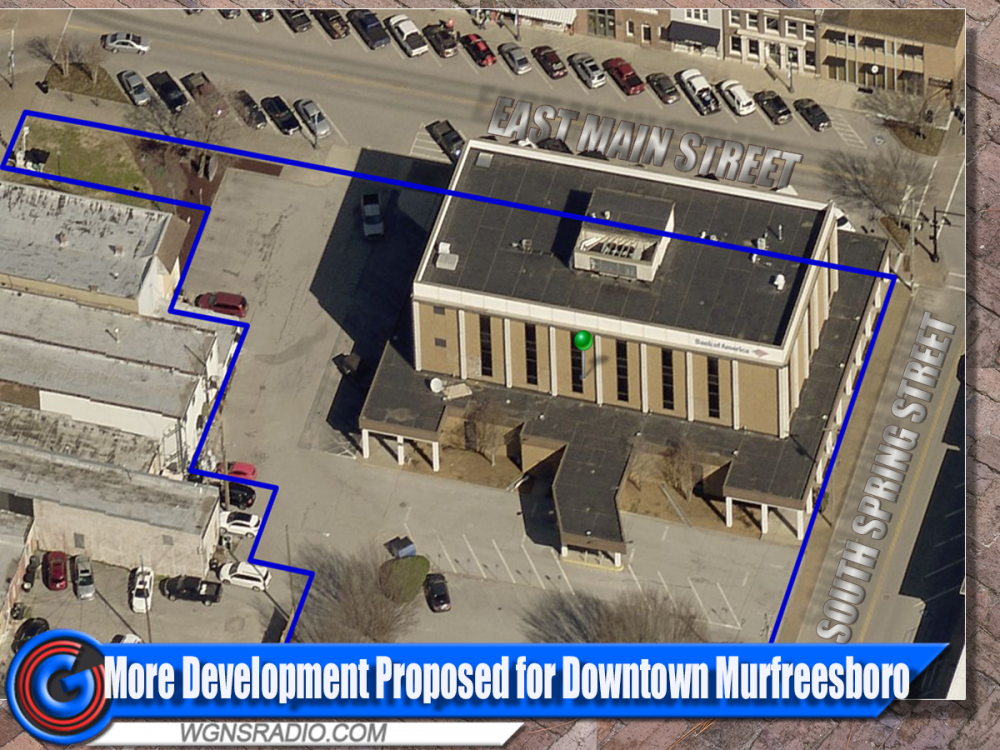 Growth in and around Rutherford County continues and downtown Murfreesboro is one of the many areas that is seeing new development. On Friday, WGNS confirmed a developer has their eyes focused on making a major change to a building that was built in the early 1980's.

In March, a company called MAC 3 Properties, LLC purchased 120 East Main Street, which is directly off the local square and across the street from the City Cafe. Main Street Murfreesboro Executive Director Sarah Callender told WGNS about the future of what has long been known as the Bank of America building...

Other developments underway include the construction of One East College Street, which was originally home to First United Methodist Church. On the opposite side of the square at Broad and South Church Street's, developers remain interested in tearing down the old police department and neighboring buildings to make way for condo's, office and retail space. When asked how many hotels will call the downtown Murfreesboro area home in the future, Callender said...

No official timelines have been announced, nor have exact plans been released on what the future holds for the old Bank of America building, that was originally built as the headquarter office of Commerce Union Bank.

1.) Murfreesboro Firemen Recognized After Saving the Life of a Newborn Left in a Hot Vehicle

3.) Appeal Denied for Murfreesboro Man Convicted on 10-Counts of Rape of a Child