Average Regular Unleaded Gas Prices in Rutherford County are down by 0.37-cents per gallon this week 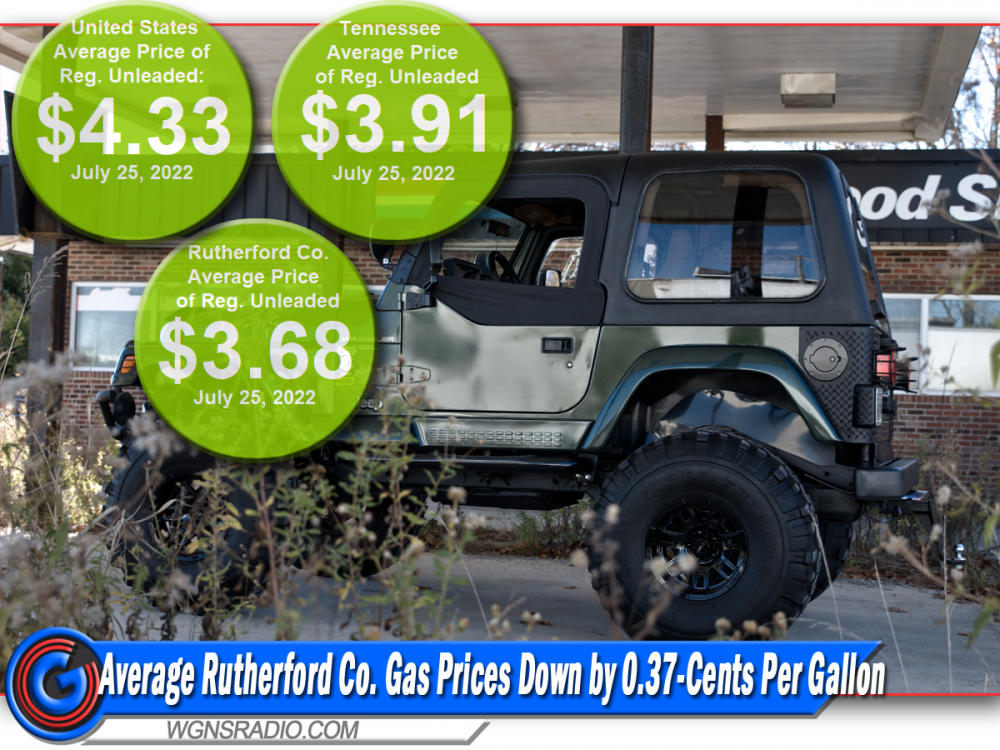 For those who use premium fuel in Rutherford County, the Monday (July 25, 2022) price per gallon in Murfreesboro stands at $4.18 per gallon. Smyrna prices are $4.38 per gallon for premium and LaVergne fuel prices landed at $4.56 per gallon on Monday.

TENNESSEE: Across the state of Tennessee, the average price per gallon on Monday is sitting at $3.91 per gallon for regular unleaded fuel. Nationwide, the price stands at $4.33-per gallon (7:21 AM). That said, Tennessee’s average price at the pump is 0.41-cents cheaper than the national average.

Source: GasBuddy is the authoritative voice for gas prices and the only source for station-level data spanning nearly two decades. Unlike AAA's once daily survey and the Lundberg Survey, updated once every two weeks based on a small fraction of U.S. gasoline stations, GasBuddy's survey updates 288 times every day from the most diverse list of sources covering nearly 150,000 stations nationwide, the most comprehensive and up-to-date in the country. GasBuddy data is accessible at http://prices.GasBuddy.com.

1.) One killed in Saturday accident in Rutherford County

4.) Murfreesboro Police Looking for Person of Interest in Fraud Case