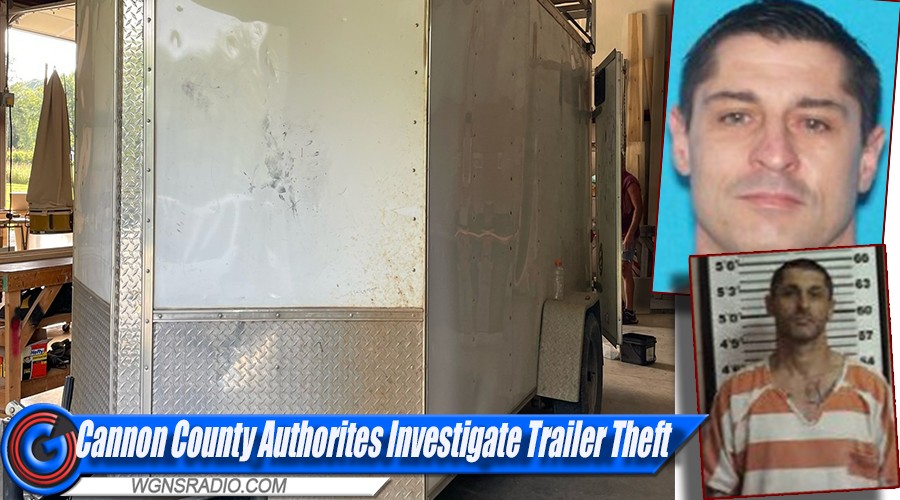 CANNON COUNTY, TENN. - On Monday, July 25, the owner of an enclosed trailer who was working at a job site on Parker Road called the Cannon County Sheriff's Office and advised that his trailer had been stolen. Deputy Baker responded and spoke with the owner of the trailer and gathered information.

Luckily, due to cameras in the area, Cannon County authorities were able to identify Brian Stafford as the man accused of taking the trailer, along with two other males.

Deputies and Investigators with the Cannon County Sheriff’s Office located the trailer, with the help of the owner and his GPS. After locating the trailer, it was brought back to the sheriff’s office and dusted for fingerprints.

Investigators recovered several fingerprints, DNA swabs, and palm prints from the trailer. Deputies ask if anyone has any information on the whereabouts of Brian Stafford, to please call Cannon County Dispatch at 615-563-9751.

3.) REMINDER: August to be Tax Free for Groceries in Tennessee