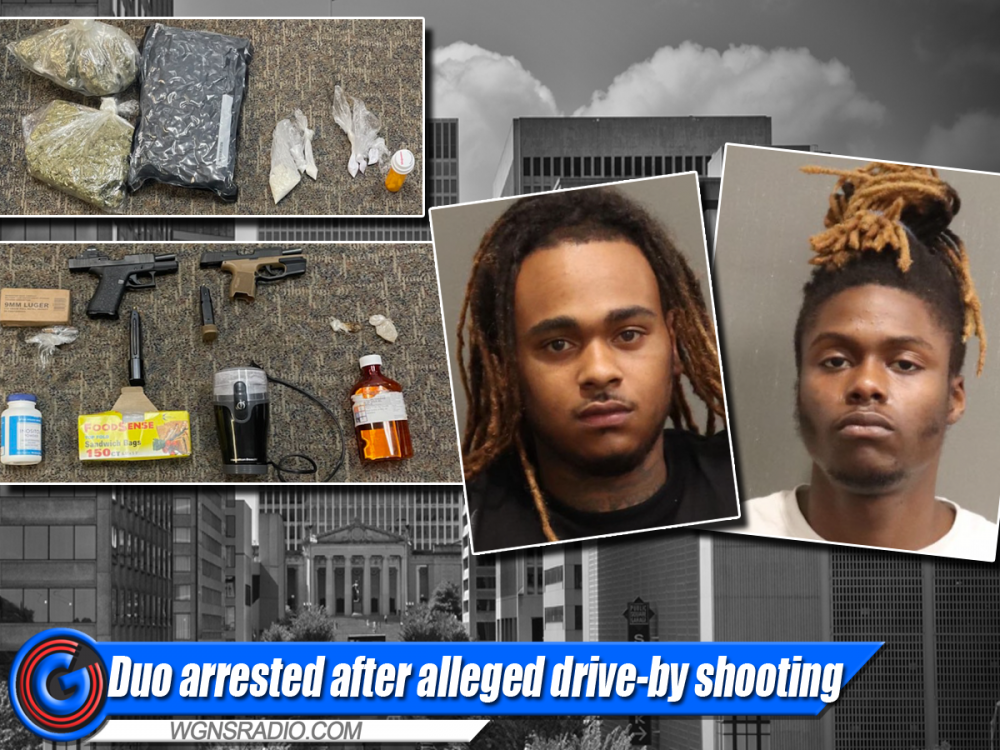 Two men, one from Murfreesboro and the second from Gallatin, were arrested in Nashville after a drive-by shooting left one man wounded last Monday (07/25/22). The incident occurred at Cheatham Place public housing on 9th Avenue North near Rosa Parks Boulevard.

Evidently, the arrests were made last Thursday (07/28/22) after Metro Police spotted a Kia Forte sedan that was believed to have been involved in the drive-by shooting. Authorities pulled-in behind the vehicle in an attempt to stop the subjects, but Metro Police say the driver sped through the lawn of a church and hit a sign. While the car was still moving, the duo allegedly bailed and tried to escape on foot. However, their escape was short-lived as officers nabbed the men and placed them in handcuffs.

Passenger Steven O’Neal of Gallatin was booked on felony cocaine, fentanyl, marijuana and gun possession charges. The 21-year-old also had outstanding warrants in Sumner County, charging him with aggravated assault and reckless endangerment.

Police in the Music City report they found two pistols, 33 grams of cocaine, 11 grams of fentanyl, 2.5 pounds of marijuana, seven pills, a bottle of promethazine, and a blender with cocaine inside of it – all in the small sedan the two allegedly fled from.

The investigation into Monday’s shooting is continuing.

SOURCE: Metro Nashville Police Departmtnet
DISCLAIMER: All suspects are presumed innocent until proven guilty in a court of law. The arrest records or information about an arrest that are published or reported on NewsRadio WGNS and www.WGNSradio.com are not an indication of guilt or evidence that an actual crime has been committed.

7.) Rutherford Co. Chamber of Commerce Reports "So Much To Do Locally"

8.) Camp Wonder was a Success This Summer for Special Needs Students