UPDATE: TVA Increases Fuel Cost Adjustment, which will increase your electric bill in the summer heat 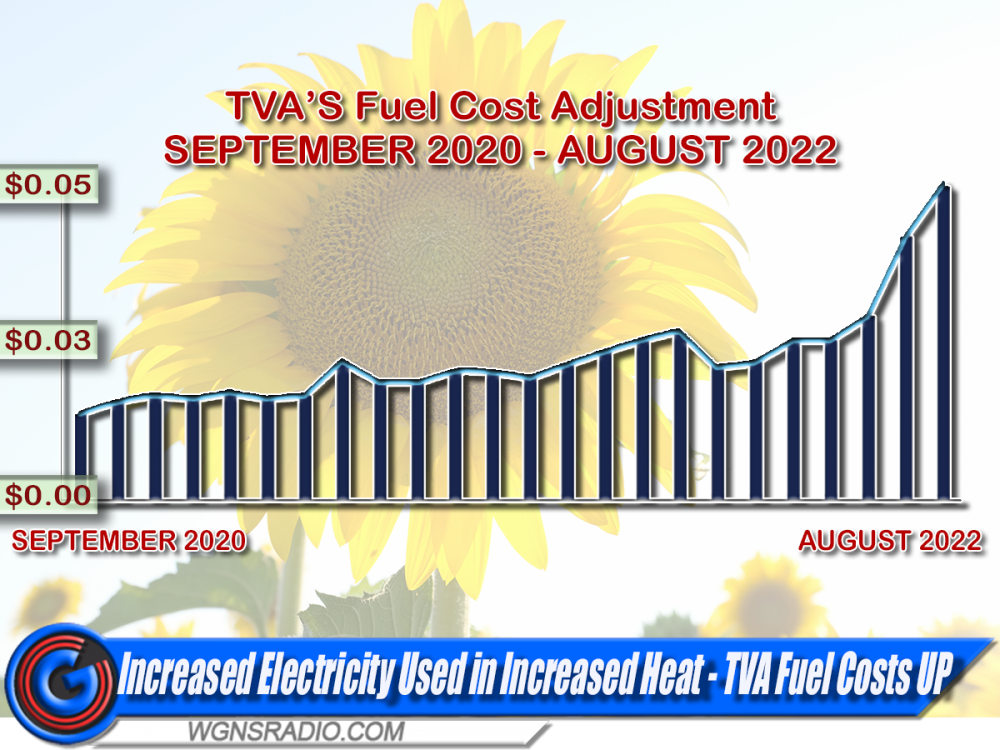 MTE’s portion of the rate has remained steady for 15 years, but bills may be higher now due to an increase in the TVA Fuel Cost Adjustment (FCA) from the co-op’s power provider.

Rutherford County, Tenn. – When temperatures rise, so does the use of your air conditioner as it fights to keep your home or business cool. Increased usage equals increased electric bills. Amy Byers with Middle Tennessee Electric (MTE) told WGNS News...Byers confirmed the TVA will be increasing their Fuel Cost Adjustment for the month of August, which means higher bills for MTE members.

The local electric cooperative that distributes the power generated by the TVA is taking unprecedented steps to hopefully lessen the punch of higher bills...MTE is also dropping late fees throughout the month of August, to further alleviate the rising cost to cool your home. One option that may help some members is to spread out the payments...Members can also sign-up for levelized billing that is based on your overall average electric usage.

Again, the TVA is raising their Fuel Cost Adjustment rate this month, due to rising fuel costs. This increase is going to impact MTE members and it is out of Middle Tennessee Electric's control...See the MTE rate structure HERE.

MORE: Levelized Billing gives members the option to pay nearly the same amount on their bill each month, which removes extreme fluctuations caused by unpredictable weather or energy use. Similarly, Fixed Budget Billing takes those unexpected costs out of the equation and lets members pay a set amount each month, regardless of energy consumption. The cooperative also lets members select a bill due date that works best with their budget. Learn more about these options and others at mte.com/billing.

MTE’s portion of the rate has remained steady for 15 years, but bills may be higher now due to an increase in the TVA Fuel Cost Adjustment (FCA) from the co-op’s power provider.

7.) Murfreesboro man one of two arrested in alleged drive-by shooting