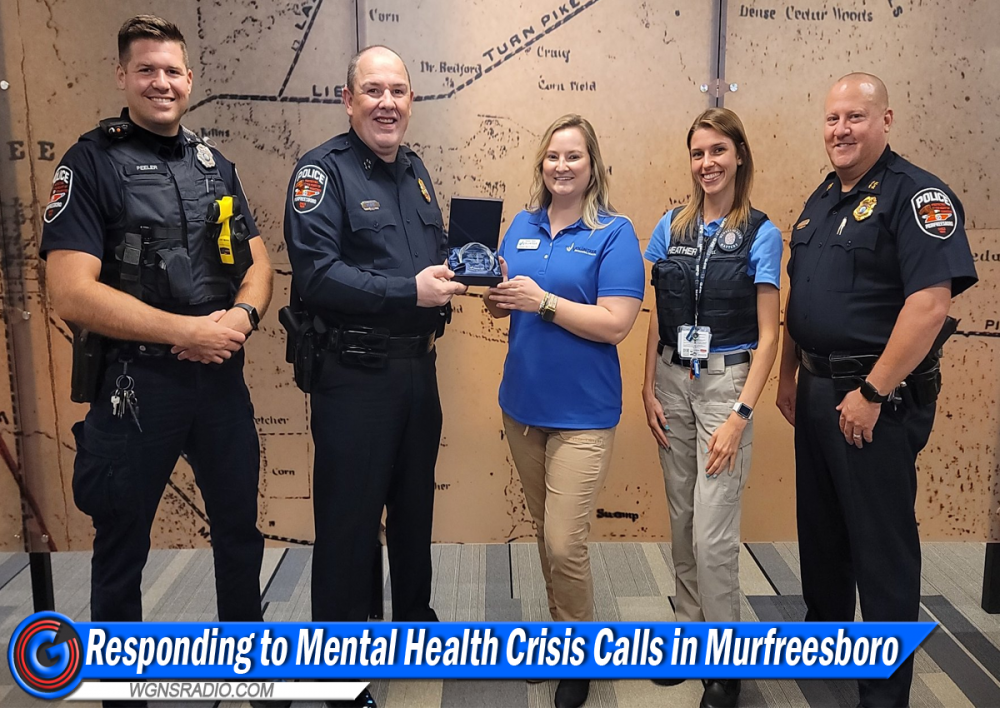 Award presented to the MPD this month (August 2022)

MURFREESBORO, Tenn.  – In February of this year, the Murfreesboro Police Department announced the addition of their very first mental health co-responder to better equip officers with resources and assistance when responding to individuals in the midst of a mental health crisis. Several months later, Lieutenant Clayton Williams told WGNS more about the growing need for mental health experts on the police force…The addition of a mental health worker being added to the police force was formed through a partnership with Volunteer Behavioral Health Care. The position is funded through a grant from the U.S. Department of Health & Human Services… The grant will expire in 2023, but because the position has been so beneficial, the MPD could permanently add a mental health practitioner to their Crisis Intervention Team in the near future.

The current funding for the mental health expert partnering with the Murfreesboro Police Department will expire towards the end of February of 2023.

This month (August 4, 2022), the Volunteer Behavioral Health Care System presented the MPD with an award, thanking the department for 'Making Waves of Change' as a Top Law Enforcement Mental Health Partner. As noted, the MPD partnered with the mental healthcare provider to add their first mental health co-responder in February.

7.) Smyrna Has the Lowest Unemployment in Rutherford County – Beating LaVergne and Murfreesboro