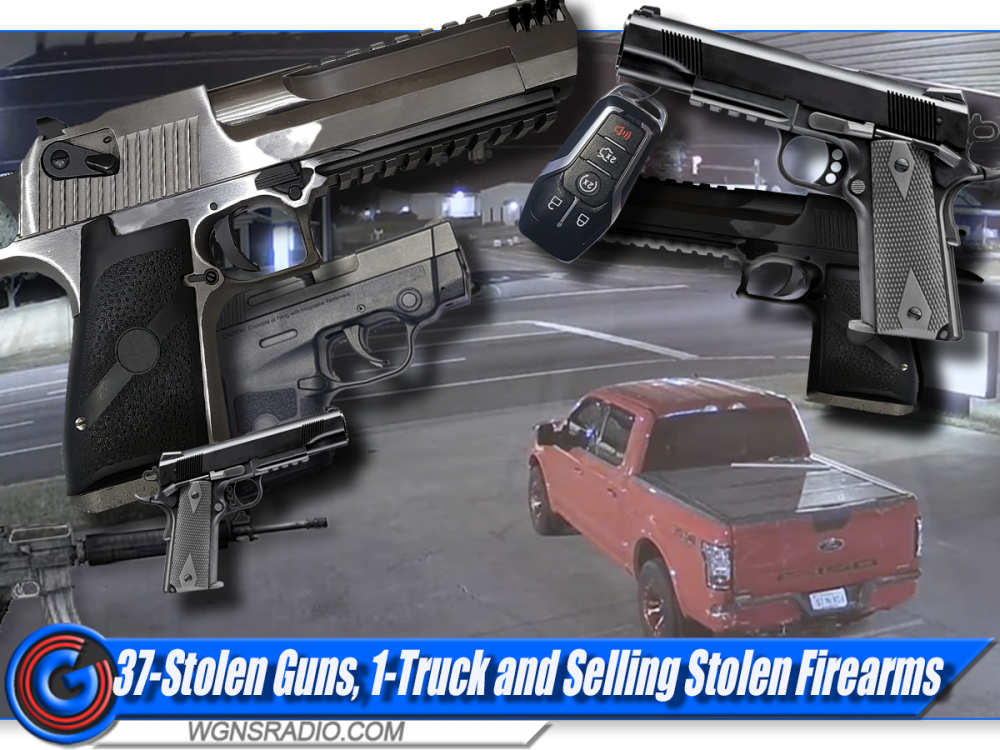 Security camera captured the truck used in the heist in Greenbrier, TN

MIDDLE TENNESSEE - A case that involved the Rutherford County Sheriff’s Office and MTSU Police, among other departments working with the ATF (Bureau of Alcohol, Tobacco and Firearms), lead to three Nashville area men being indicted Monday, August 1, 2022. The trio were indicted for conspiracy to steal firearms from a federal firearms licensee (FFL), which would be a licensed gun store. In this case, they are accused of burglarizing two licensed gun stores, one in Woodbury and the second in Greenbrier, Tennessee and allegedly stealing 37-guns, according U.S. Attorney Mark H. Wildasin.

According to the indictment, the trio burglarized an automotive repair shop in Middle Tennessee and stole a truck to use in the burglary of a licensed firearms dealer (FFL).

The indictment alleges that on July 8, 2022, the defendants burglarized a firearms dealer in Greenbrier, Tennessee, and stole nine firearms, and on July 14, 2022, they allegedly burglarized a firearms dealer in Woodbury, Tennessee, where they reportedly stole 28 firearms. The indictment further alleges that the defendants offered to sell the stolen firearms to a third party.

Anyone with information on the whereabouts of Corey Summers or with additional information about these crimes should contact ATF at (888) ATF-TIPS (1-888-283-8477). Information can also be sent to ATFTips@atf.gov(link sends e-mail)  through ATF’s website at www.atf.gov/contact/atftips.

An indictment is merely an accusation.  The defendants are presumed innocent until proven guilty in a court of law.