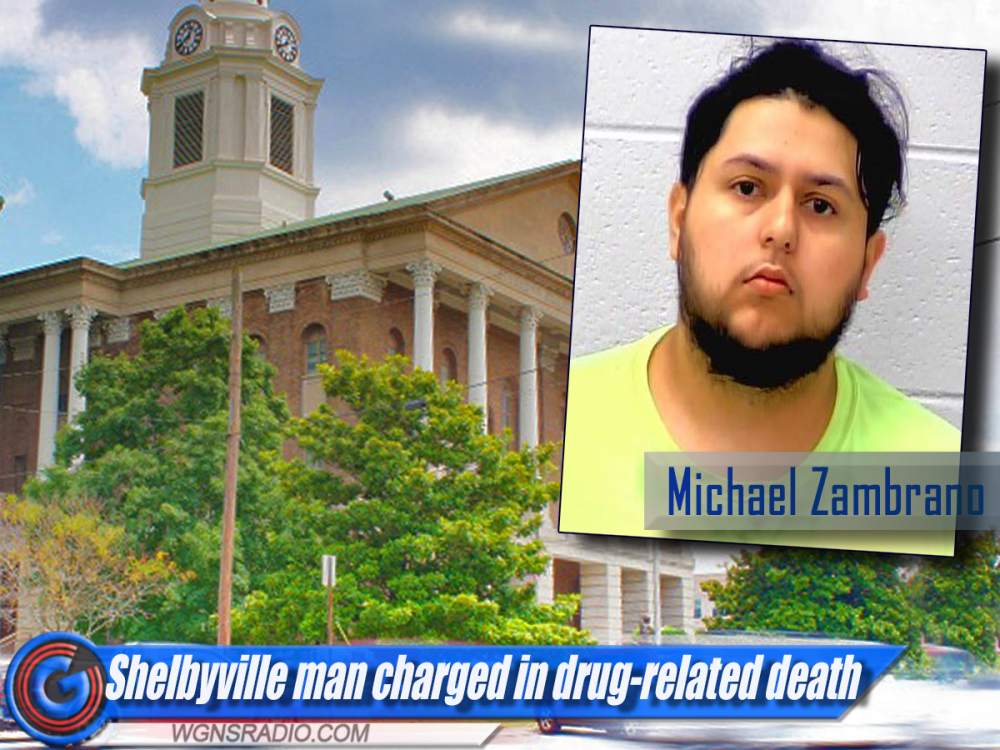 Above: Bedford Co. Courthouse in Background and Mugshot of Michael Zambrano

BEDFORD COUNTY – A joint investigation by special agents with the Drug Investigation Division of the Tennessee Bureau of Investigation, the Bedford County Sheriff’s Office, and the 17th Judicial District Drug Task Force has resulted in the indictment of a Shelbyville man, in connection to the drug-related death of a Bedford County resident.

On February 26th, agents joined deputies in investigating the death of 21-year-old William Hallum (DOB 04/03/2001), who was found deceased after ingesting narcotics. The investigation identified Michael Zambrano as the individual who provided the drugs to the victim.

On August 15th, the Bedford County Grand Jury returned an indictment charging 21-year-old Michael Zambrano (DOB 12/21/2000) with one count of Second Degree Murder.  Later that same day, Zambrano was taken into custody by an officer with the Shelbyville Police Department. At the time of his arrest, he was in possession of substances believed to be cocaine and fentanyl, and was also charged with two counts of possession of a controlled substance and resisting arrest. Zambrano was booked into the Bedford County Jail on a $115,000 bond.

DISCLAIMER: For both of the above news stories, all suspects are presumed innocent until proven guilty in a court of law. The arrest records or information about an arrest that are published or reported on NewsRadio WGNS and www.WGNSradio.com are not an indication of guilt or evidence that an actual crime has been committed.

1.) 5-Year-old shot and killed in accidental incident at Smyrna park