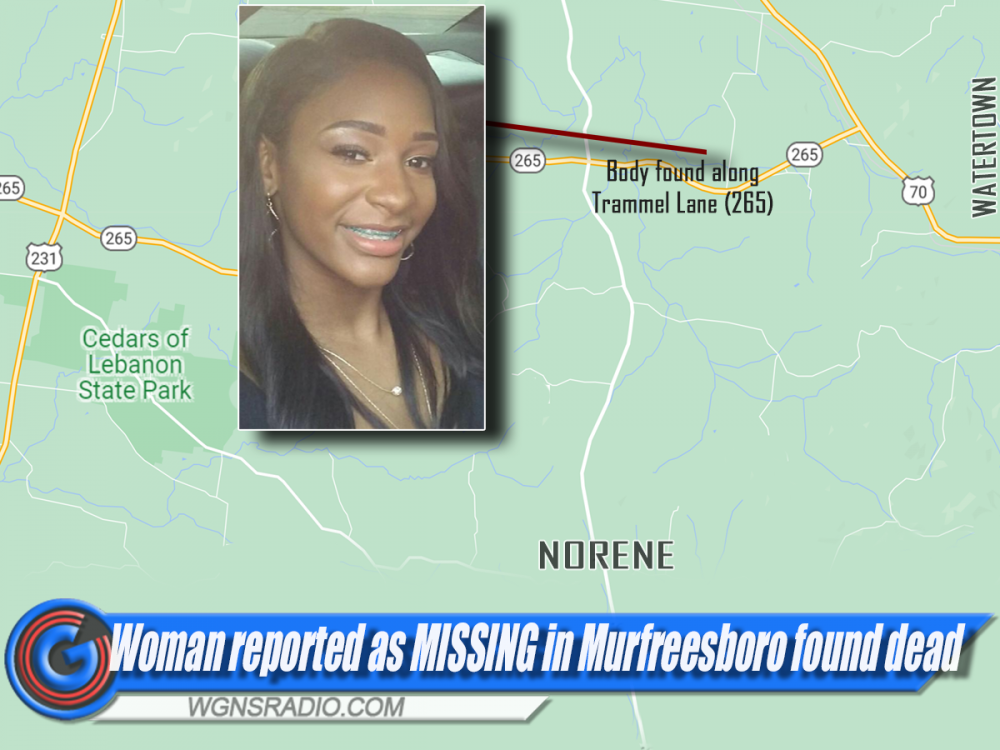 WILSON COUNTY, TN – A woman who was reported as “MISSING” in Murfreesboro was found deceased in Watertown, TN. The lifeless body of Mya Christine Fuller was located along Trammel Lane, which runs between Highway 231 near Cedars of Lebanon State Park and Highway 70 in Watertown.

During the investigation, which remains active, confirmation was made that the human remains were that of 22-year-old Mya C. Fuller, who was reported missing from Murfreesboro, TN. Prior to her body being discovered, she was last seen by family members on July 29th. Mya Fuller worked an event on July 30th at the Nashville Soccer Club (Geodis Park).

If you have any information about who Fuller may have been with prior to her disappearance, or the events that led to her death, you are urged to contact the Wilson County Sheriff's Office detective division at 615-444-1459, ext. 233 or 359; callers may remain anonymous.  Anyone with information that leads to the successful identification, prosecution, and conviction of the person(s) responsible for Mya Fuller's death may be entitled to a cash reward of up to $1,000.