Local Speeding Ticket Case Goes to the Circuit Court of Rutherford County and Eventually, The Court of Appeals 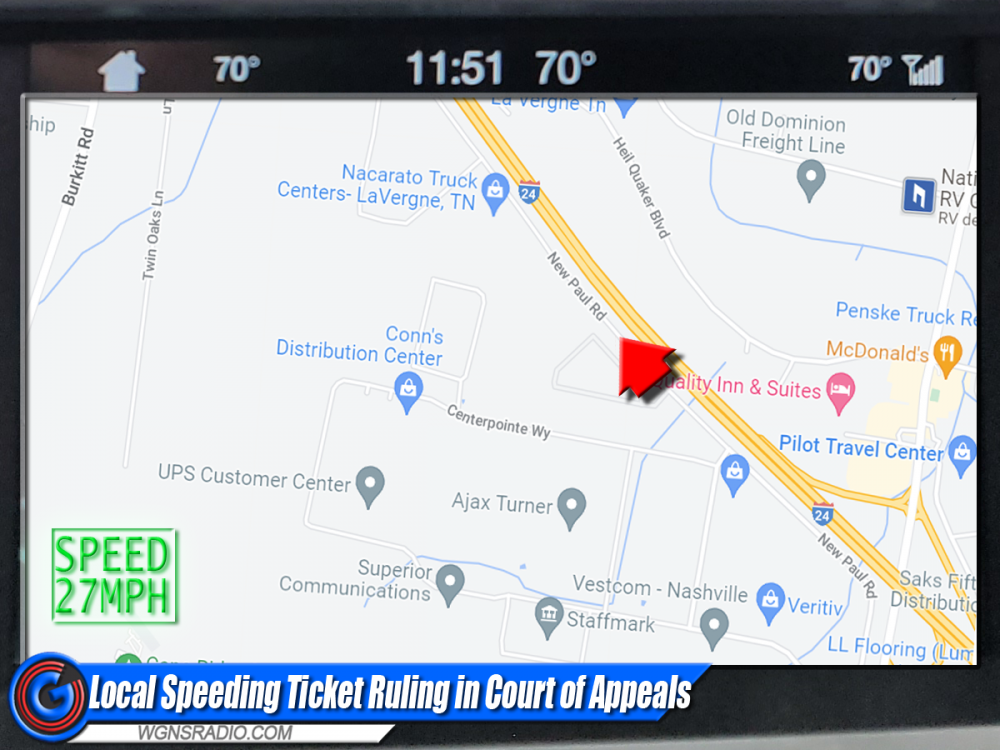 Not actual photo of suspects map/speedometer

A speeding ticket that was written in LaVergne, TN went all the way to the Rutherford County Circuit Courts, when the motorist proclaimed he was not driving over the speed limit. Evidently, the accused speeder attempted to have evidence from Google Maps included in his case, but the court excluded the technological evidence from being admitted.

Mr. Abass I. Gure was pulled over by a LaVergne Police Officer on New Paul Road, a two-lane roadway with a 30-mile-per-hour speed limit. As the officer was driving in the oncoming opposite lane of Gure’s vehicle, the officer’s dash-mounted radar indicated Gure was speeding. Gure, the defendant, claims he was not speeding. However, the man was written a citation for going 57-miles-per-hour on the 30-mile-per-hour roadway.

Court documents showed, “Mr. Gure insisted that he was only going 27-miles-per-hour. He explained that he was trained as a commercial truck driver to always go 5 miles per hour under the speed limit.” The Municipal Court for the City of LaVergne found him in violation of the ordinance prohibiting speeding. Mr. Gure then appealed to circuit court.

After losing in circuit court, the suspect filed an appeal to the original case that was previously heard by Judge Mark Rogers. In the appeal, the defendant argued that the courts should have granted his motion to dismiss. The accused claimed the court improperly excluded evidence from Google Maps that allegedly showed his true speed.

In the Court of Appeals of Tennessee at Nashville, Judge W. Neal McBrayer sided with the Circuit Court of Rutherford County. Judge McBrayer stated in a motion that was filed on Monday (08/29/22), “The trial court correctly denied Mr. Gure’s motion to dismiss. And although it was error to exclude the Google Maps evidence on hearsay grounds, Mr. Gure failed to make an offer of proof. So we cannot determine whether the error entitles him to relief. As the record stands, the evidence does not preponderate against the court’s finding that he was speeding. Thus, we affirm the judgment.”