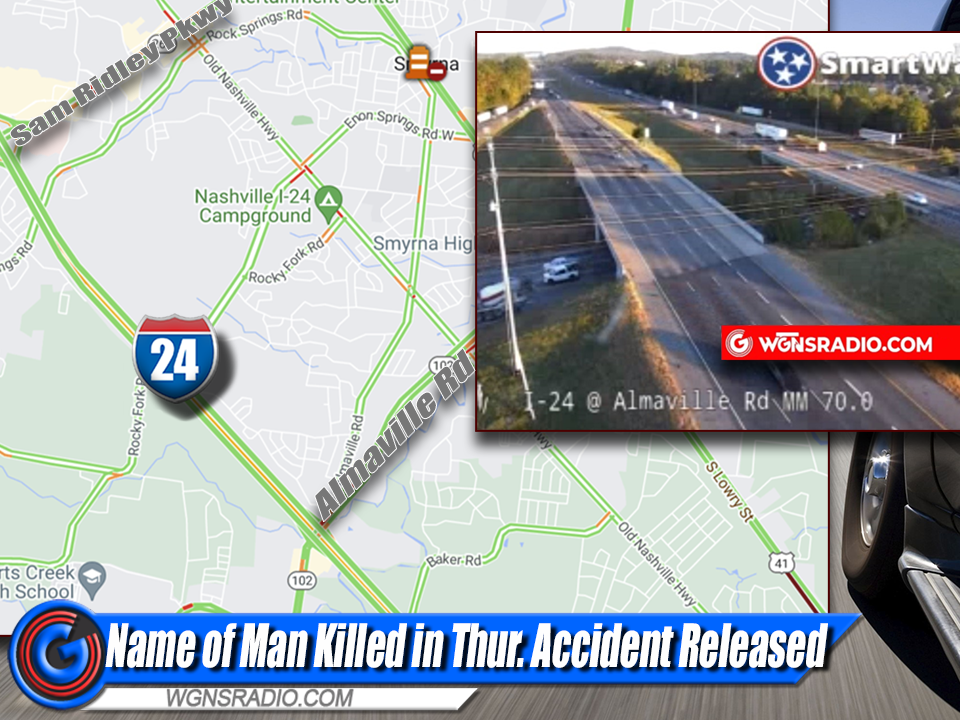 UPDATE: A 79-year-old Murfreesboro man was killed on I-24 East early Thursday morning in Rutherford County. The wreck occurred about 15-minutes before 5AM at mile-marker 67.8 between Sam Ridley Parkway and Almaville Road (Lee Victory Parkway).

According to the Tennessee Highway Patrol, James Terry Walker was driving his Jeep Grand Cherokee on I-24 West when a 2013 Jeep Wrangler struck the rear of Walker’s SUV. The THP noted in their preliminary report that the driver of the Cherokee appeared to have slowed to a stop prior to being struck by the Wrangler. The driver of the Jeep Wrangler, 30-year-old Zachary Maheu of Murfreesboro, was injured in the crash.

After the Jeep Cherokee was hit, it continued to roll and eventually came to a final rest in the first lane of traffic. As for the Wrangler, it evidently spun around and overturned in the outside lane of traffic after striking the Cherokee.