'Black Carpet Event' in Murfreesboro for the Screening of Black Panther 2: Wakanda Forever 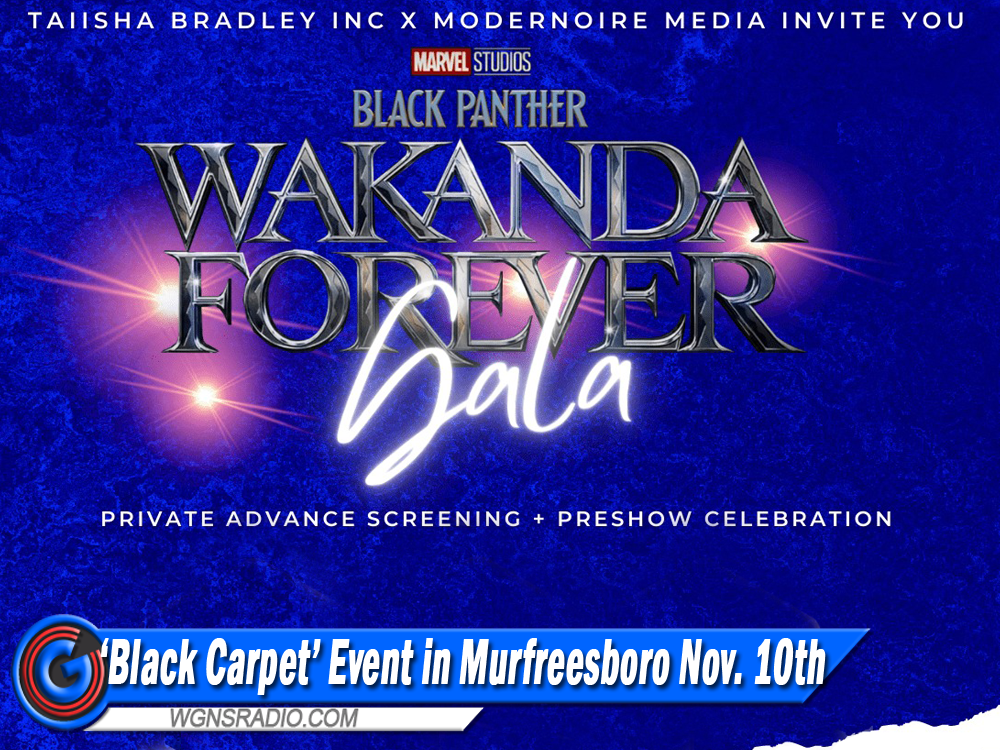 In case you’re not familiar with Marvel Comics Wakanda, it’s a fictional country in East Africa that was created by Stan Lee and Jack Kirby. The Marvel Comics duo, one an editor-writer and the second an artist, developed a long list of superheroes over the years. From the Incredible Hulk to a superhero named Black Panther, the two creative talents are known far and wide for the characters they created, which have appeared in not only comic books, but also video games, movies and even TV shows.

It was the Fantastic Four #52, that was published by Marvel Comics in 1966 that Black Panther first appeared. From the comics, readers learned the Black Panther came from Wakanda, a fictional country in East Africa. Still today, some argue the fictional place was between South Sudan and Uganda, while others suggest it was north of Tanzania.

The upcoming event in Murfreesboro, which is called the Wakanda Gala, is for the advance screening of Black Panther 2. This cultural event includes pre-show activities like African-inspired face painting, Afrobeats music, cosplay characters, and free popcorn and drinks. Guests are encouraged to arrive in their favorite Wakandan attire! The event includes an advance screening of the blockbuster movie sequel on November 10th, a day before it opens nationally. All ages are welcome!

“LIVE” African drumming will welcome guest as they arrive for the ‘black carpet event’ at the AMC Stones River Theater on Old Fort Parkway in Murfreesboro. So, mark your calendar for Thursday, November 10th, starting at 6:30. For ticket information and purchase, CLICK HERE.