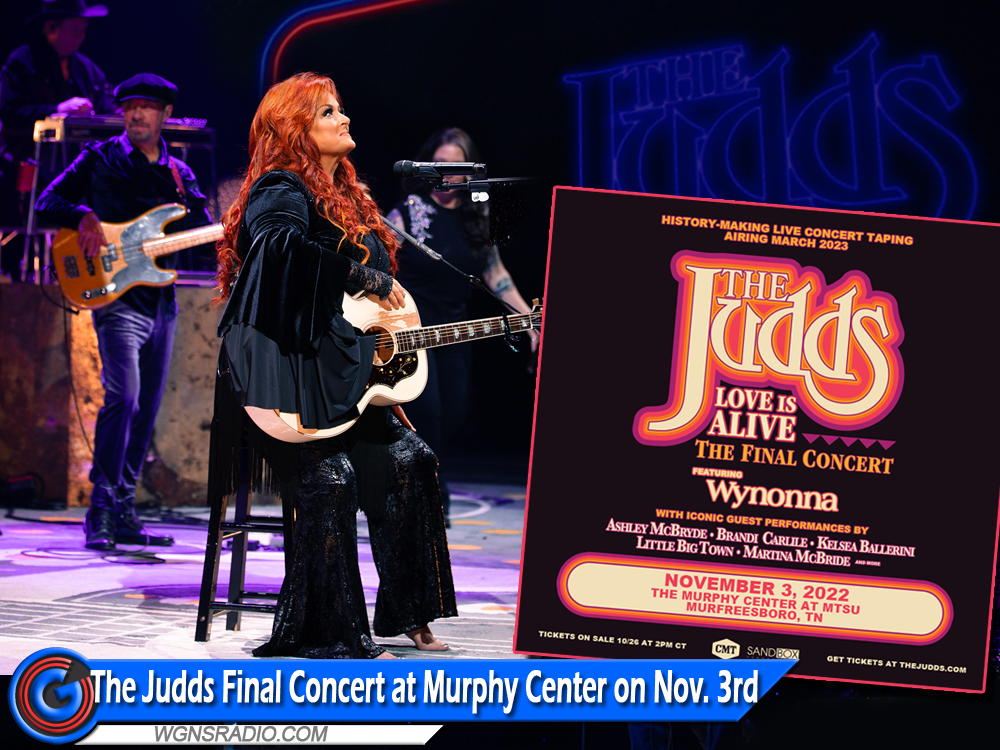 (MURFREESBORO, Tenn.) UPDATE - CMT and Sandbox Productions announced on Wednesday that country music legend Wynonna Judd will headline a history-making concert event with “The Judds: Love Is Alive - The Final Concert” on Thursday, Nov. 3, at the Murphy Center at Middle Tennessee State University. Wynonna Judd stated... The event recreates “The Judds 1991 Farewell Tour” for a special televised event airing in March 2023 on CMT.

The Judds homecoming to MTSU will mark the largest concert to take place at the iconic Murphy Center since Wynonna and her mother, Naomi Judd, had their final show together on their farewell tour over three decades ago. The Nov. 3 made-for-television event also serves as the kickoff to the venue’s yearlong 50th anniversary celebration.

The news of “The Judds: Love Is Alive - The Final Concert” was revealed earlier Wednesday by Wynonna herself during an intimate press luncheon at Fox & Locke restaurant in Leiper’s Fork, Tennessee, alongside CMT and Sandbox Productions event producers and representatives from MTSU. Naomi Judd died in April at her home in Leiper’s Fork near Franklin, Tennessee, at age 76.

“Stepping onstage at the Murphy Center for the first time since Dec. 4th, 1991, will be so surreal for me. It was an emotional night over 30 years ago and will be an emotional night, for different reasons, now,” said Wynonna. “I can't wait to lean into the nostalgia with the artists who have made this tour so special and recreate one of the most iconic nights in Judd ‘Herstory!’”