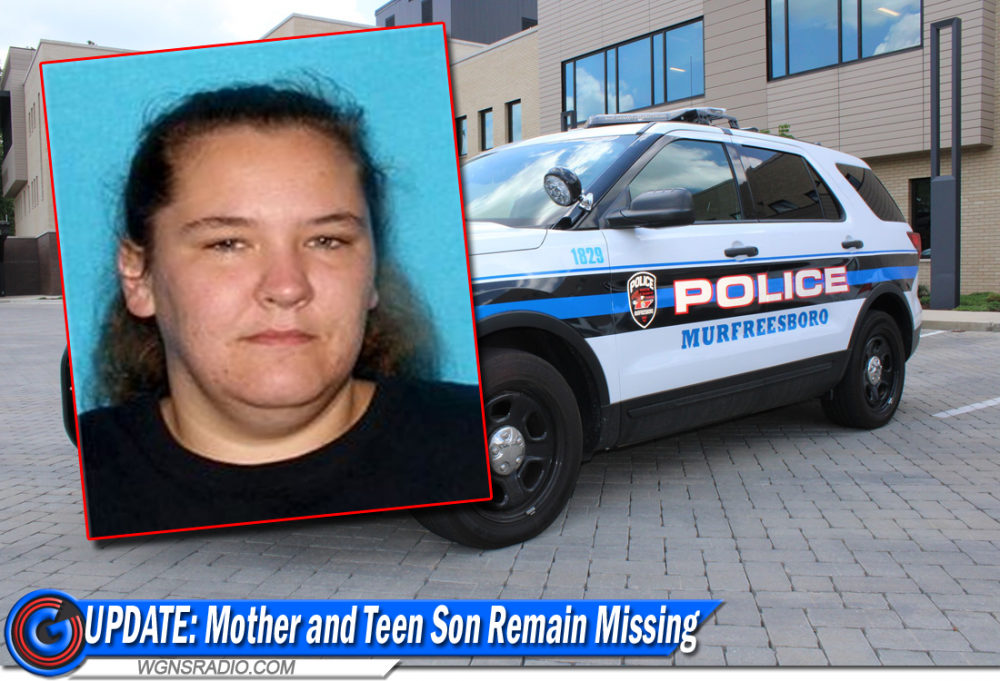 (MURFREESBORO, TENN) A woman and her son have been reported as missing in Murfreesboro, Tennessee. 29-Year-old Stephanie Whittenberg and her juvenile son, were reported missing by a family member on September 8, 2022.

Murfreesboro Police report that Whittenberg may be in the company of her boyfriend James Primm. Authorities say she has reached out to detectives by phone, but face-to-face contact has yet to be made. Therefore, Whittenberg and her son are still listed in the National Crime & Information Center (NCIC) database as missing.

If you see Whittenberg and / or her son, or know where they are, you are asked to notify Detective Julia Cox with the Murfreesboro Police Department Criminal Investigations Division at (629) 201-5514.