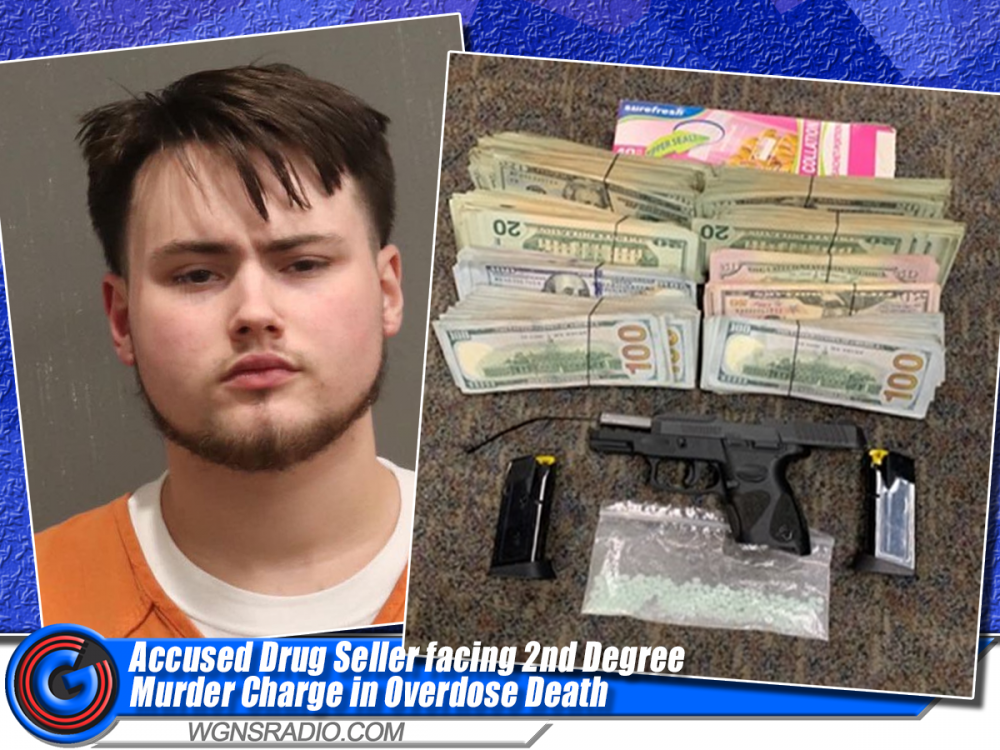 A months-long investigation into the June 2021 fentanyl overdose death of a Rutherford County woman has resulted in the indictment of accused drug seller Blake Warrick on a charge of second-degree murder.

Narcotics detectives from the Neighborhood Safety Unit of the Specialized Investigations Division arrested 21-year-old Warrick on the indictment Wednesday afternoon at his Owendale Drive home in Davidson County and then executed a search warrant at the residence. Recovered during the search were 200 fentanyl pills, a semi-automatic pistol, and $67,100 cash. Additional charges of possession of fentanyl for resale and felony gun possession were placed against Warrick Wednesday evening. His total bond is set at $210,000.

Stacy Henson, the 44-year-old woman who died, was a resident of the Smyrna / LaVergne. Nashville Metro Police say that she died after being involved in a minor single-vehicle crash on Owendale Drive, near Warrick’s residence, on the evening of June 5, 2021. It was subsequently determined that Henson had ingested fentanyl prior to the crash. Investigation into Henson’s overdose death by Detective Derek Moore alleges that Henson had driven to Warrick’s home and bought two pills that contained fentanyl.

Dangerous fentanyl, which is responsible for an increasing number of overdose deaths, has been found combined with street drugs. A tiny amount of fentanyl can kill. Detectives in the Neighborhood Safety Unit attempt to identify the sellers/providers of fentanyl-laced substances in overdose death cases and prosecute them.

See more of the top news stories from WGNS Radio:
1.) UPDATE: Speed looks to be a likely culprit in a recent accident on I-24 (Dash-cam video footage of the actual accident)

2.) Divorce Rate in Rutherford County at about 3.3%

3.) 5K Run / Walk to remember a 2020 Riverdale High graduate who was killed while running with his college cross-country teammates earlier this year

4.) Smyrna Is First Outside Of Nashville To Get Google Fiber